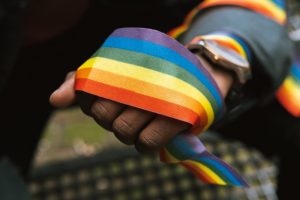 Transgender people follow the gender norms of the opposite sex assigned at their birth and they exist in all parts of the world with their native identities and other intersectionality.  The transgender umbrella though identifies similar other identities including intersex, gender non-conforming people and other native and indigenous identities such as Kinnar or Hijra. In most countries because of the existing patriarchal or typical heteronormative structure, it is very difficult for them to enjoy the basic rights or facilities just like other cis-gender people. Even in terms of data, studies etc. related to the challenges they are facing are found very few. Certain countries have introduced trans-inclusive policies including support for gender-affirming care. But other basic rights; such as marriage equality, adoption, property inheritance etc. are still to be worked upon considering their existing legal framework.

In India, a very progressive judgement known as NALSA Judgement was introduced by the Supreme Court of India on April 15, 2014. This was very supportive for the transgender people of India, allowing the opportunity for their recognition based on the self-identification process. Though, due to lack of interest or lack of initiative taken at the policy level, this important judgement could not be implemented very successfully. Later, the Transgender Persons (Protection of Rights) Act, 2019 was introduced following the bill which was less inclusive and was improvised based on the feedback received from the transgender community members and other organisations/networks who work for them. The Act talks about some basic facilities but in terms of overall development or the overall well-being of the same community; it still needs more work. For example, it does not talk about marriage equality, adoption etc. Also, the legal support was mentioned in this Act, is not as inclusive as other cis-gender women. For example, the perpetrator who does violence against any transgender person can get a punishment that varies from six months to two years only. Whereas, for a cis-gender female it is seven years.

The challenges they face are almost common everywhere; in terms of access to healthcare, education, livelihood and legal aid and that are because of social marginalization. A couple of states like Tamil Nadu, Odisha has started to consider their basic facilities such as the provision of lands etc. Also, in certain states, there are Garima Griha (a Shelter Home for Transgender Persons), which is for their temporary shelter. Still, in terms of access to livelihood, it is very difficult for them to ensure earning a living. Also, due to the recent COVID-19 spread; their earning, mental health, everything have been affected, making the situation worse for them. Also, there are instances, where they were labelled as ‘COVID-19 Carriers’. Ironically in some places, they provided necessary support during this pandemic; not only to their own community members but for others also who are not necessarily part of them. So, this is important to open our eyes and to realize, they are also an indispensable part of our society and they can also contribute to the larger society just like others.

Changing laws or introducing new acts cannot change the mindset of the people overnight. It is equally important to sensitize each and every department about this marginalized and isolated community regarding the challenges they are facing and how to promote and provide inclusive services for them. To have a proper system in place and for enabling environment; Government, GOs/NGOs and the transgender community members have to work together. And based on a need-based and evidence-based approach only, proper measures can be taken. Community involvement is absolutely necessary for every step and based on their needs, their concerns only; their overall well-being and their human rights can be protected. It is high time that we respect them and let us stand in solidarity for a discrimination-free society, where no one will be objectified based on his/her preferred gender role.