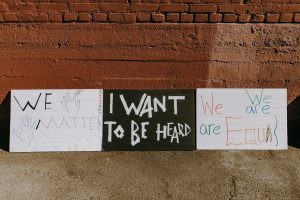 The year 2021 marks the 73rd anniversary of the Universal Declaration of Human Rights (UDHR), which declared that “recognition of the inherent dignity and equal and inalienable rights of all members of the human family is the cornerstone of world freedom, justice, and peace.”

We must take stock of humanity’s journey on this remarkable path of realizing human rights for all as we commemorate the UDHR’s anniversary. In doing so, we must recognize that, while the rhetoric has focused on the inherent rights of all members of the human family, the reality on the ground has been quite different, with sexual minorities and other marginalized groups frequently experiencing violations of their rights.

Humanity is increasingly accepting the idea that a fair, successful, safe, and sustainable future is impossible unless all people’s rights are respected in practice and in law. Perhaps no other public health crisis has put this assumption to the test as much as HIV has, notwithstanding the UDHR’s proclamation of “the equal and inalienable rights of all members of the human family.”

HIV is a human rights and social justice issue that is exacerbated by stigma and discrimination, as well as a failure to protect the rights of people who are most vulnerable to the virus. As a result, HIV remains a serious global public health problem, having claimed the lives of over 36 million people to date.

In India, HIV epidemic has brought the most needed focus on the issues of the key population since the first case was discovered in the year 1986. While initially and for a very long time it was the disease of gay men, eventually the world coined the term Key Populations. Key populations are groups who are at increased risk of HIV infection, irrespective of epidemic type or local context. According to UNAIDS, key populations include gay, bisexual and other men who have sex with men, people who inject drugs, people in prisons and other closed settings, sex workers and their clients, and transgender people.

They frequently face legal and social challenges as a result of their actions, which make them more vulnerable to HIV and limit their access to testing and treatment programmes. These actions are frequently criminalized, making it difficult for people to health services without fear of being stigmatized and/or arrested.  What these groups have in common is that they are marginalized, criminalized, or in conflict with the criminal justice system in many jurisdictions, and they are subject to serious violations of the rights enshrined in the Universal Declaration of Human Rights – equality, dignity, non-discrimination, life, liberty, and security of persons, effective remedy, fair trial, freedom from torture, cruel, inhuman, and degrading treatment and punishment, and arbitrary arrest and detention.

There’s a reason why key populations are called that. Men who have sex with men, sex workers, transgender people, and people who inject drugs are not only exposed to 14–50 times the general population’s HIV risk, but they are also frequently subjected to double, triple, or quadruple stigma and discrimination, limiting their access to HIV prevention and treatment resources. The issue is exacerbated by discriminatory and punishing legal and legislative frameworks that thwart an effective HIV response for key communities, even in nations that have achieved significant success in treating HIV among other non-stigmatized and marginalized groups. In its landmark report, HIV and the Law: Risks, Rights, and Health, the Global Commission on HIV and the Law revealed empirical evidence of the relationship between punitive and discriminatory legal systems and HIV risk, long back in year 2012. HIV and human rights are now commonly acknowledged to be intricately intertwined. Human rights violations are a driving force behind the HIV pandemic and amplify its impact. AIDS, on the other hand, forestalls progress in the realization of human rights.

Every individual has a right to health and access to HIV and other healthcare services under international human rights laws and treaties, as well as international commitments such as the Universal Declaration of Human Rights and the 2030 Agenda for Sustainable Development. People also have the right to be treated equally before the law and to be treated with dignity.

The United Nations human rights instruments and mechanisms provide the normative legal framework as well as the necessary tools for ensuring the implementation of HIV-related rights. Through their consideration of States reports, concluding observations and recommendations, and general comments, the UN treaty monitoring bodies provide States with direction and assistance in the implementation of HIV-related rights. The Special Procedures of the Human Rights Council, including special representatives, thematic and country rapporteurs, and working groups also are in a position to monitor respect for HIV-related rights. The Human Rights Council also requests the Secretary-General to solicit comments from Governments, United Nations bodies, programmes and specialized agencies and international and NGOs on steps they have taken to promote and implement, where applicable, programmes to address the urgent HIV-related human rights of women, children and vulnerable groups in the context of prevention, care and access to treatment.