An HIV-free Future for Every Child

India celebrates Children’s Day every November 14th. It is a day dedicated to children in memory of India’s first Prime Minister, Jawaharlal Nehru. To mark Children’s Day 2014, here is a glimpse of the work we do with HIV-positive mothers and their children in Rajahmundry, Andhra Pradesh, under our Udaya project: 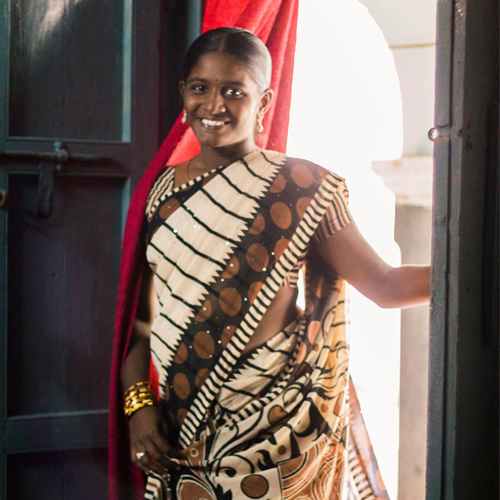 Ishwari, 21, living with HIV and expecting her first child

Ishwari is on antiretroviral treatment (ART) under the government programme for Prevention of Parent to Child Transmission (PPTCT). When she tested positive during her pregnancy, she was immediately connected with an outreach worker who counselled her on what precautions she needs to take in order to prevent transmission of HIV to her child.  While she is afraid of stigma if her neighbours find out about her HIV status, she is learning to be optimistic about life and confident her child will be negative. 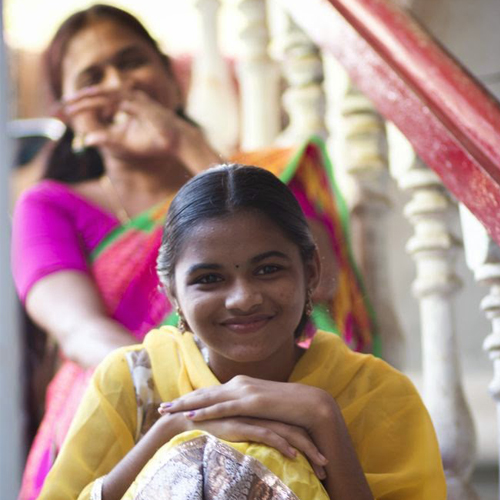 Dharani found out her mother was HIV-positive when she was just nine years old. Her mother told her about it. Her mother Lakshmi is a project coordinator for PPTCT programme outreach workers in Rajamundry, Andhra Pradesh. She counsels many women like her who live with HIV and struggle every day with stigma and discrimination. Dharani wants to be doctor when she grows up. “I’m very proud of my mother. She has been an inspiration for me,” says Dharani, who is HIV-negative. 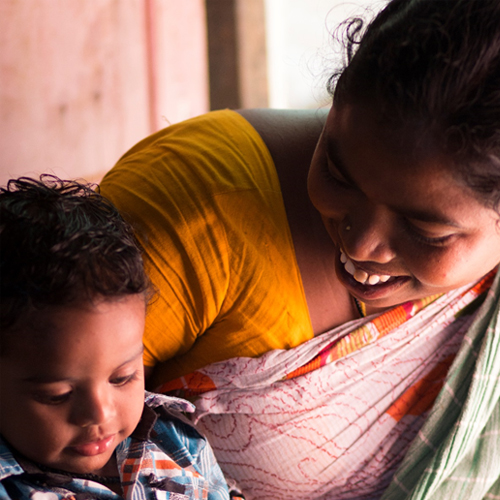 Marna, 28, HIV-positive and a new mother

Marna’s son Harsha is 15 months old and is HIV-negative. She contemplated suicide when she first found out she was HIV-positive. Marna realised she was not alone in this when she went for a support group meeting and met other women like her. She was put on ART during the third month of her pregnancy. Under the PPTCT programme, pregnant women are given free ART regardless of their CD4 count. An outreach worker connected her with the programme. Harsha was given nevirapine within 72 hours of birth and is healthy. Marna is learning every day the benefits of positive living. 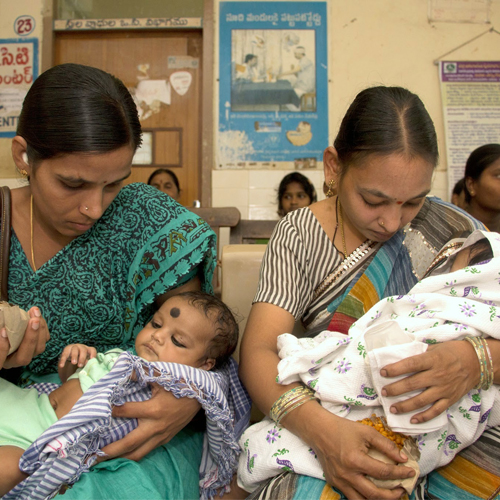 Mothers attend a support group meeting with their newborn babies outside the Rajahmudry PPTCT centre at the district’s government hospital. Both mothers are HIV-positive, and their babies are negative.

Nearly 700 children are infected with HIV every day around the world. According to data from the National AIDS Control Organisation, approximately 50,000 new infections occur among children below 15 every year in India, with majority of them in the states of Andhra Pradesh and Maharashtra.

With support from UNICEF, a pilot project called Udaya and implemented by India HIV/AIDS Alliance is being carried out in nine districts of Andhra Pradesh and Telengana. Focused on prevention of mother to child transmission of HIV, the project educates and counsels pregnant women and their families on the importance of HIV testing during pregnancy.

Globally more than 3 million children under the age of 15 are HIV-positive. Every child deserves an HIV-free future. Through Udaya, we are working towards such a future.

The author of this post, Bini Philips, is a Consultant: Communications at India HIV/AIDS Alliance in New Delhi.