Big things often come unexpectedly. Last year, I met Lukas Rossalie, a gay photographer and activist from Prague, and shared with him the work we have been doing to support HIV prevention for men who have sex with men, transgender and hijra (MTH) communities in India under our Pehchan programme. Since then, we had been in constant touch, exchanging messages and discussing developments on MTH issues across the world. Then one day with little fanfare, he invited me to this year’s Prague Pride.

Prague Pride is the biggest lesbian, gay, bisexual and transgender (LGBT) event in central Europe. I had the honour to be the first hijra activist from India to lead the Prague Pride Walk. I was awestruck to walk with more than 25,000 LGBT Czechs through their monumental city for more than two hours, celebrating their lives and affirming their rights.

My four-day stay in Prague was full of excitement and adventure. Some people just wanted to stare at me; others wanted pictures. I was interviewed by several reporters who were keen to learn more about the MTH community back in India. I met with a feminist writer, then a psychiatrist who counsels on sexual reassignment surgery, and even a small group protesting against Prague Pride. Each interaction made me richer, and I gained new insights into the issues that transgenders face in Europe.

The week-long annual Prague Pride includes a programme called ‘Transgender Me’, which this year included an inter-cultural exchange that brought together transgenders from around the world to share their insights on gender identity globally. The event allowed me to showcase the work we’re doing under Pehchan. I described the progressive steps taken by the National AIDS Control Organisation in developing transgender- and hijra-specific HIV prevention interventions, and I took great pride in sharing stories of the remarkable transgender and hijra leaders who are inspiring so much social change in India.

The audience was fascinated to hear of the progress we have made. One of the best parts of the session was meeting India’s Ambassador in Prague, V Ashok. He listened intently to the entire discussion on LGBT life in India and developments since the Delhi High Court’s historic Section 377 judgment that decriminalized homosexuality. Afterwards we spoke, and he noted how impressed he was with the work the Indian LGBT community has done so far.

My few days in Prague had a fair share of proud moments, but there was one that was truly unforgettable. While sitting outside the meeting hall with the Indian ambassador, I was approached by a women with her young kid. I looked at her and exchanged greetings thinking she must be curious to ask questions or click a photo.

I looked at the kid lovingly and asked his name. “He is Denis [name changed]. He so wanted to meet you,” replied his mother while the boy kept looking at the floor. She continued, “Denis is a special child. He feels he is a girl and loves to dress like one.”

I was numb for a moment. My own childhood memory of being dressed in a saree flashed in my eyes. I gathered my courage and asked, “Honey, can we be friends? I have come all the way from India to meet you.” Denis came and sat on my lap, silently holding my arm and playing with my ring. I felt a shiver and exchanged a gaze with his mother. She was in tears. We spent ten minutes without saying anything.

Then his mother continued, “He does not make too many friends. At times other children laugh at him. He gets confused about which washroom to use. Other parents ask me to beat him so that he can be cured.” It was not just the child who needed support; his mother was also trying to cope. Fortunately, she had the wisdom to want him to be comfortable in his skin.

I shared my own story, another journey guided with a mother’s love and support. Denis opened up and soon we were friends. He had watched my dance performance and drew a picture of me. I was so touched when he gave it to me. Though it was soon time to go home, my memories of Prague and of Denis will stay with me always. 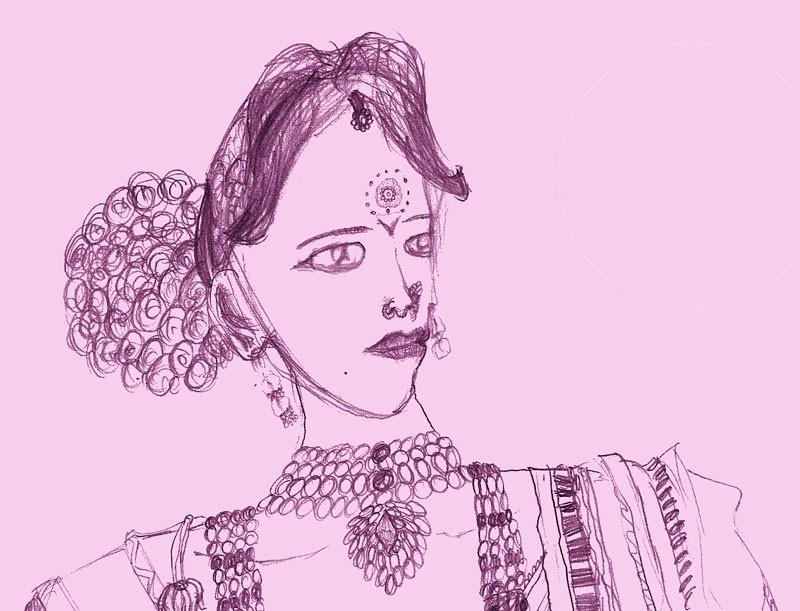 The author of this blog Abhina Aher is Manager of the Pehchan programme at India HIV/AIDS Alliance.

With support from the Global Fund, Pehchan builds the capacity of 200 community-based organisations (CBOs) for men who have sex with men (MSM), transgenders and hijras in 17 states in India to be more effective partners in the government’s HIV prevention programme. By supporting the development of strong CBOs, Pehchan will address some of the capacity gaps that have often prevented CBOs from receiving government funding for much-needed HIV programming. Named Pehchan which in Hindi means ‘identity’, ‘recognition’ or ‘acknowledgement,’ this programme is implemented by India HIV/AIDS Alliance in consortium with Humsafar Trust, PNRO, SAATHII, Sangama, and SIAAP and will reach 453,750 MSM, transgenders and hijras by 2015. It is the Global Fund’s largest single-country grant to date focused on the HIV response for vulnerable sexual minorities.