From Inequality to Inclusion: Recognizing the Vulnerabilities of Sexual Minorities in the Response to the Delhi Gang-Rape

Home > Resources > The Latest > From Inequality to Inclusion: Recognizing the Vulnerabilities of Sexual Minorities in the Response to the Delhi Gang-Rape
Advocacy, Blog
indiaaidsalliance 5 February, 2013 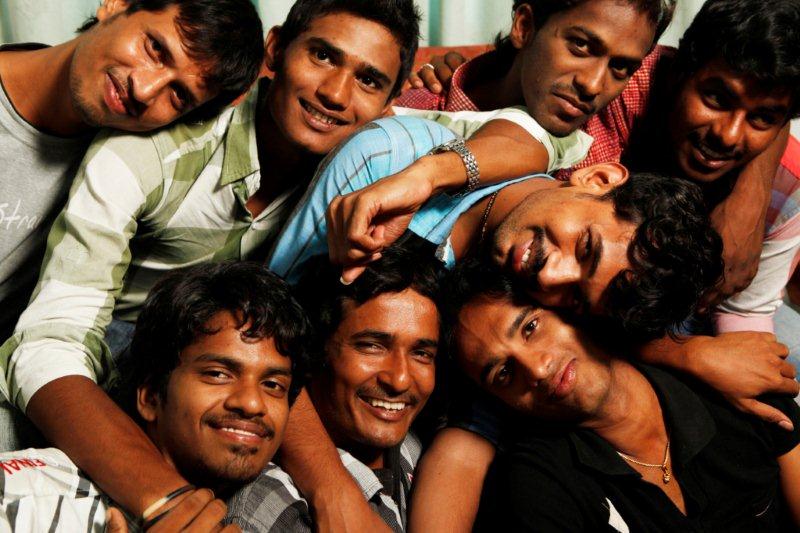 The Justice J.S. Verma Commission stresses that the word ‘sex’ in the Constitution of India should be understood to include sexual orientation. (Photo © 2012 Peter Caton for India HIV/AIDS Alliance)

Convened in the aftermath of the horrific gang-rape and murder of a 23-year-old woman in New Delhi this past December, a special commission headed by former Chief Justice J.S. Verma was tasked to suggest amendments to criminal laws to improve the security of women in India and ensure speedier justice.

In its 657-page report released in January 2013, the Commission has provided an initial set of recommendations, but it has also gone a step beyond its mandate. Unexpectedly and to its great credit, the report has made special mention of India’s sexual minorities, who are too often also victims of social stigma, discrimination and violence.

Even in the first chapter of the report, the Commission stresses the need to acknowledge differences in sexual orientation as ‘a human reality’ and recognizes the range of sexual and gender identities.  It also makes clear that the use of the word ‘sex’ in the Constitution of India should be understood to include sexual orientation. The full passage is a remarkable testament to social progress in India:

“We must also recognize that our society has the need to recognize different sexual orientations a human reality. In addition to homosexuality, bisexuality, and lesbianism, there also exists the transgender community. In view of the lack of scientific understanding of the different variations of orientation, even advanced societies have had to first declassify ‘homosexuality’ from being a mental disorder and now it is understood as a triangular development occasioned by evolution, partial conditioning and neurological underpinnings owing to genetic reasons. Further, we are clear that Article 15(c) of the constitution of India uses the word “sex” as including sexual orientation.”

The report also powerfully justifies the inclusion of sexual minorities as indisputably entitled to their human and legal rights and fully embraced as equal citizens:

“Thus, if human rights of freedom mean anything, India cannot deny the citizens the right to be different. The state must not use oppressive and repressive labeling of despised sexuality. Thus the right to sexual orientation is a human right guaranteed by the fundamental principles of equality. We must also add that transgender communities are also entitled to affirmation of gender autonomy. Our cultural prejudices must yield to constitutional principles of equality, empathy and respect.”

The report proposes qualitative indicators measuring the perception of safety and security for women and other vulnerable groups as a tool to improve police performance and accountability. It also makes case for ‘community policing,’ a strategy to involve local populations and increase confidence in the safety of the citizenry. The report places emphasis of building capacities of the police on both gender-based violence and discrimination.

These suggestions and the arguments used to justify them are not only indicative of dynamic social change in India but also offer an unprecedented opportunity for civil society—including those of us working to improve the health and wellbeing of marginalized communities—to build and sustain collaboration with law enforcement agencies and the judiciary.

Through this engagement, we can begin to address some of the structural forces that increase vulnerability to HIV and hamper efforts to create an enabling environment for women, sexual minorities and other groups who continue to live in constant fear for their safety and security.

Read our January 3rd blog, The Other Epidemic: Gender-based Violence in India.

With support from the Global Fund, Pehchan builds the capacity of 200 community-based organisations (CBOs) for men who have sex with men (MSM), transgenders and hijras in 17 states in India to be more effective partners in the government’s HIV prevention programme. By supporting the development of strong CBOs, Pehchan will address some of the capacity gaps that have often prevented CBOs from receiving government funding for much-needed HIV programming. Named Pehchan which in Hindi means ‘identity’, ‘recognition’ or ‘acknowledgement,’ this programme is implemented by India HIV/AIDS Alliance in consortium with Humsafar Trust, SAATHII, Sangama, and SIAAP and will reach 453,750 MSM, transgenders and hijras by 2015. It is the Global Fund’s largest single-country grant to date focused on the HIV response for vulnerable sexual minorities.