Fighting for the Right to Health for Women Living with HIV: A Success in Gujarat

Home > Resources > The Latest > Fighting for the Right to Health for Women Living with HIV: A Success in Gujarat
Action, Blog
indiaaidsalliance 13 October, 2013 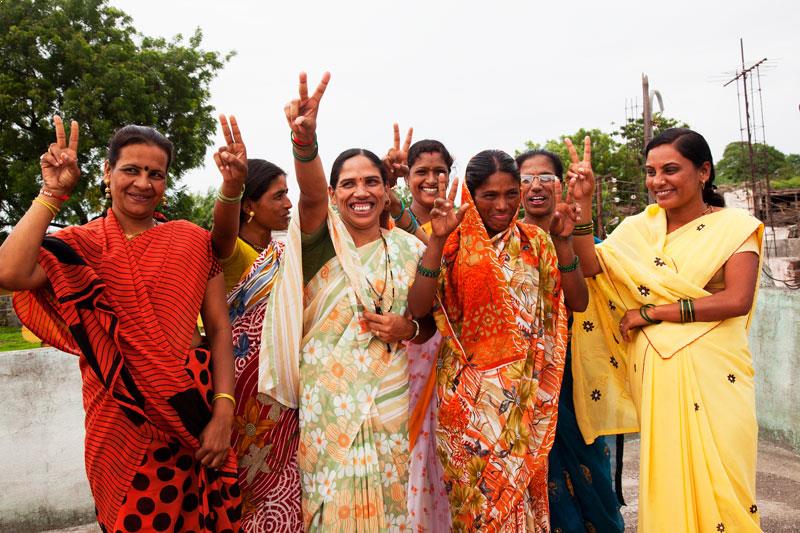 It was 5am. Anita (name changed) was about to give birth. The labour pain was leaving her numb. Her family rushed her to the nearby government hospital, but the doctors refused to attend her. She kept fighting the pain. The morning of hope soon turned into an evening of despair. Anita had a stillbirth. Her only fault: she is HIV positive.

Sadly, Anita’s case in Palanpur city of Banaskantha district of Gujarat is not unique. Women living with HIV (WLHIV) face discrimination everywhere: they are ostracized by their families, ridiculed and abused by society, and refused healthcare by providers.

Following the incident, a number of protests were held by Banaskantha Network of Positive People (BanasNP+) but all in vain. Seeing no action at local level, Gujarat State Network of Positive People (GSNP+) picked up the case. Along with BanasNP+, GSNP+ submitted a detailed report to the health commissioner of the state and Gujarat State AIDS Control Society (GSACS).

Fortunately, the health commissioner was proactive. He immediately took up the case and sent a team to Palanpur for further investigation. A circular was also issued to all the hospitals citing a high court ruling that states that people living with HIV (PLHIV) should not be denied care and treatment because of their positive status.

In the meantime, GSNP+ documented various cases of such stigma and discrimination against WLHIV by healthcare providers across Gujarat. GSNP+ then organised a state-level advocacy meeting with GSACS and presented these documented cases. Following this, GSACS decided to conduct priority visits to the districts along with GSNP+. A meeting was called by GSACS in Palanpur that brought together the resident medical officer (RMO), gynaecologists, ART medical officer, paediatric doctors, and staff from the District AIDS Prevention and Control Unit (DAPCU). The discussion clarified the roles and responsibilities of each medical department and highlighted the particular role of gynaecologists. The meeting sought commitment from healthcare providers that WLHIV shall not be discriminated against and will get the same treatment as other patients.

The impact of this advocacy meeting was visible within a few weeks. One WLHIV who had earlier been asked to go to Ahmedabad for delivery by the hospital was now given proper care. She delivered healthy twins.

In Palanpur, these efforts have paid off and shown how partnership and coordination with the concerned government departments can work positively, creating a win-win situation. Yet stigma and discrimination remain among the primary barriers to achieving universal access to HIV treatment, care, and prevention. As HIV treatment programmes become increasingly available, access to these lifesaving services depends on the degree to which all health facilities welcome PLHIV and respect our rights.

The author of this post, Daxa Patel, is head Gujarat State Network of Positive People (GSNP+). One of India’s most prominent HIV activists, Daxa collaborates with India HIV/AIDS Alliance on our Koshish and Vihaan Programmes.

With funding from the European Union, our Koshish programme strengthens civil society organizations and networks that work with PLHIV and other marginalized groups, such as men who have sex with men, transgenders, sex workers and people who inject drugs, to effectively advocate for policies to improve the sexual and reproductive health and rights of PLHIV in India. This programme is implemented in partnership with MAMTA, PWDS, VMM and CHETNA, along with state-level networks for PLHIV in Maharashtra, Tamil Nadu, Andhra Pradesh and Gujarat.

With support from the Global Fund to Fight AIDS, Tuberculosis and Malaria, Vihaan is establishing 350 Care & Support Centres across India that will help expand access to services, increase treatment adherence, reduce stigma and discrimination, and improve the quality of life of PLHIV. The centres will support PLHIV, including those from underserved and marginalized populations who have had difficulty in accessing treatment including women, children and high-risk groups in 31 states and territories.