Motivated to raise awareness about HIV, more than a thousand people participated in India HIV/AIDS Alliance‘s World AIDS Day All-India Run & Cultural Event on Sunday, December 2, 2012. The run was followed by music and drama performances celebrating life and diversity in the face of the epidemic. The event was enthusiastically received by participants and attracted considerable interest from the media. The following is a selection of the coverage.
In English:
English-language newspapers that covered the World AIDS Day All-India Run & Cultural Event include: The Hindustan Times, Deccan Herald, Millennium Post, The Hindu, The Pioneer, Business Line, The Indian Express, Political and Business Daily , The Tribune, The Asian Age, The English Daily, and The Sikh Times. (Click on images of the clippings to enlarge.) 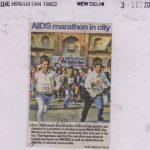 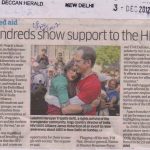 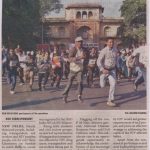 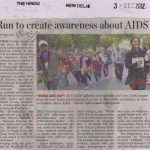 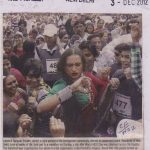 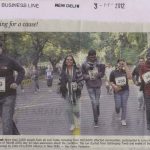 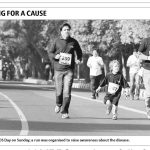 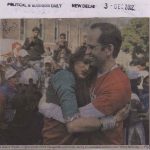 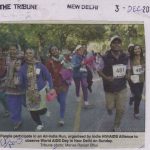 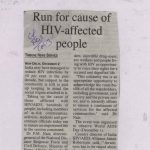 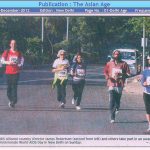 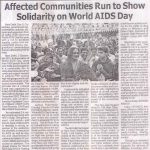 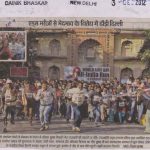 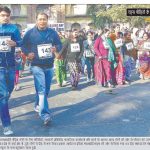 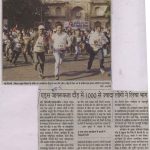 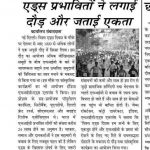 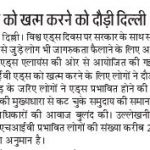 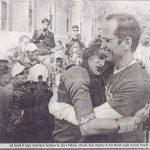 In a new opinion piece published on OneWorld South Asia, Alliance India’s James Robertson argues that while India’s admirable progress in achieving a greater than 50 percent reduction in new HIV infections deserves accolades and emulation, it should not be mistaken for victory over the epidemic. Click here to read more.

In her column in the Asian Age newspaper, Patralekha Chatterjee admires India’s progress and wonders about the future of the AIDS response in the country. Alliance India’s James Robertson is quoted. Click here to read more. The column was also picked up by the Deccan Chronicle.

Thanks to everyone who took part and helped make our World AIDS Day activities such a success. Many thanks again to our co-sponsors: Population Council; Citibank; UNDP; Centre for Advocacy & Research (CFAR); Delhi Frontrunners; and Blind Relief Association. Special appreciation also to National AIDS Control Organisation, Delhi State AIDS Control Society and the Delhi Police for their support in mounting this event.

India HIV/AIDS Alliance (Alliance India) is a diverse partnership that brings together committed organisations and communities to support a sustained response to HIV in India. Complementing the national programme in India, it works through capacity building, knowledge sharing, technical support and advocacy. Through our network of partners, Alliance India supports the delivery of effective, innovative, community‐based HIV programmes to key groups affected by the epidemic.