YUVA: The power to change 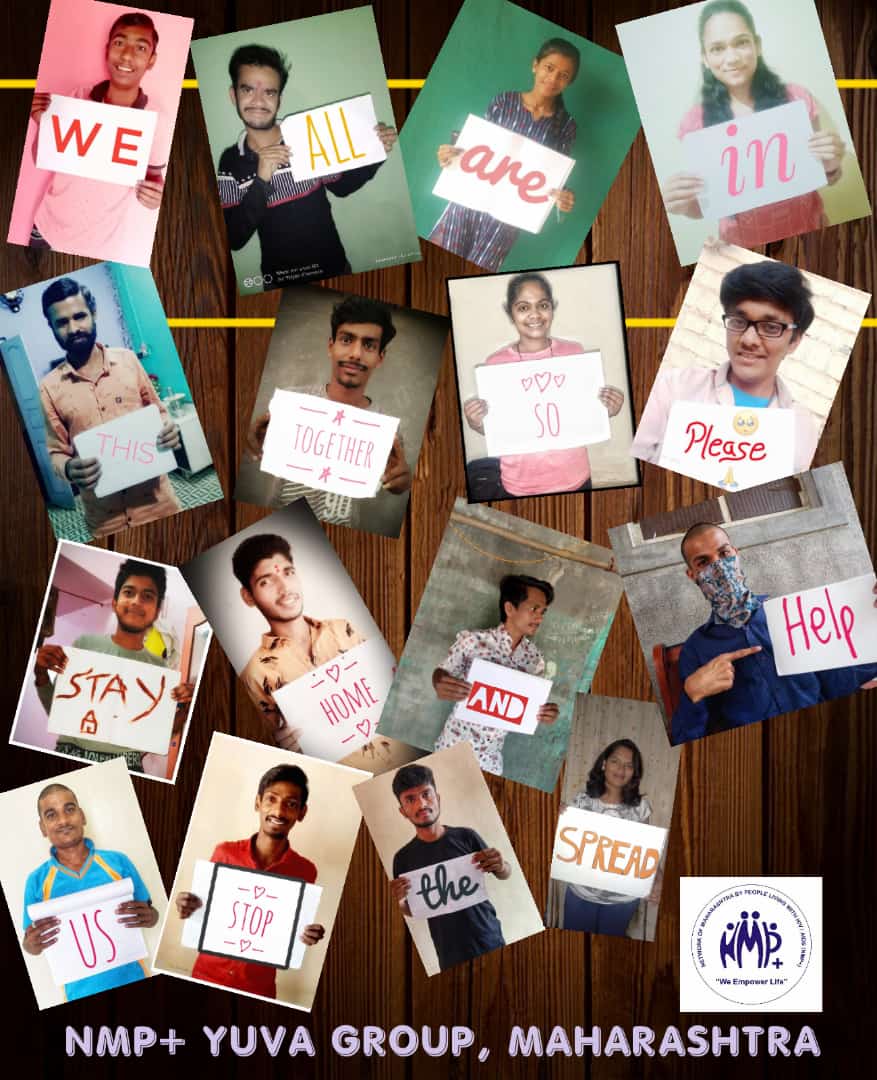 The Network of Maharashtra People with HIV (NMP+) is a partner of Alliance India’s Vihaan Programme since 2013. NMP+ had established a youth forum, YUVA, in 2016 for youth and young people living with HIV from Maharashtra. YUVA since the inception has been involved with the Vihaan Programme particularly youth and adolescents on their mental health, sexual and reproductive health, career guidance and support.

Prakash is one such member of the youth group. During the first week of lockdown, Prakash and his friends enjoyed their interactions with family members, relatives, and peers. Some left to their native places. Prakash too went to his village in Ahmednagar. During a WhatsApp call with the youth group, they came up with an idea to help the Vihaan team in distributing ART to the nearest recipients where they stay. The Vihaan team also found it useful and asked the group to inform where they can help.

Prakash – Ahmednagar, Pawan, and Nitin – Pune, Kishor- Lonikalbhor, Meena -Sangli, Sagar – Kolhapur et al, had a long discussion and decided to help clients from 9 districts namely Pune, Satara, Sangli, Kolhapur, Ratnagiri, Solapur, Thane, Beed, and Parbhani. The respective youth group members got in touch with each Care and Support Centre (CSC), a travel pass was provided to all the youth who were willing to provide Anti-retroviral therapy (ART) to recipients at their doorstep. Initially, the first list of 20 People Living with HIV (PLHIV) with ART medicines in a packet with names of the respective recipient was given to the youth group. Youth group members called the recipients and enquired about their availability at home and then over the bicycle and two-wheeler youths visited the recipient’s home and provided ART medicines.

After seeing initial success, they once again conducted a conference call with the group. All seemed to be happy as they had helped people getting their medicine. Prakash, Nitin, and Sweta came up with the idea of providing ration to community members as well as needy people. Prakash immediately made additional posters requesting support for ration distribution and posted it on Facebook. Several inquiries came on the Facebook page, people came forward and started donating in-kind and cash. The CSC team also found the idea interesting. They gave another list of 53 recipients to this youth group for their respective districts. All the youth group members collected medicine from the Vihaan team and provided it to respective recipients. This time they also provided nutrition kit to the needy community members. Around 63 nutrition kits (each costing around 1000 INR) were provided to the recipients.

YUVA group has provided ART medicine to 79 recipients from 9 districts at their doorstep and has provided nutrition support to 63 needy people until now.

India has also seen migrants crisis particularly people who are going from Mumbai and other parts of Maharashtra to their native town/states. Since public transportation is not affordable for them or is not available, these migrants have decided to walk and cycle back to their homes. YUVA felt their difficulties and decided to support these people as much as possible. YUVA members have been providing food items like biscuit, water, and other dry eatables to around 450 people so that they can carry these items with them on their journey.

“There are nights when I used to cry so hard that my body used to hurt and I had to put my head under my pillow so that no one hears me. I didn’t have anyone who can talk to me, my parents had left me alone. Since I have joined YUVA now, I have people who are like me. I can share many things with them and many of them are now my friends. This feeling of connection gave me hope to live and do better in life”, Aniket Khade one of the YUVA members from Kolhapur said.

The youth group is getting stronger and stronger by adding youths from different districts with their innovative ideas. The group is active on Facebook, they keep motivating new youths who join this group and is open to discussion on any topic. Their way forward is to conduct activities throughout all districts of Maharashtra and strengthen the YUVA group.