We will reach you… 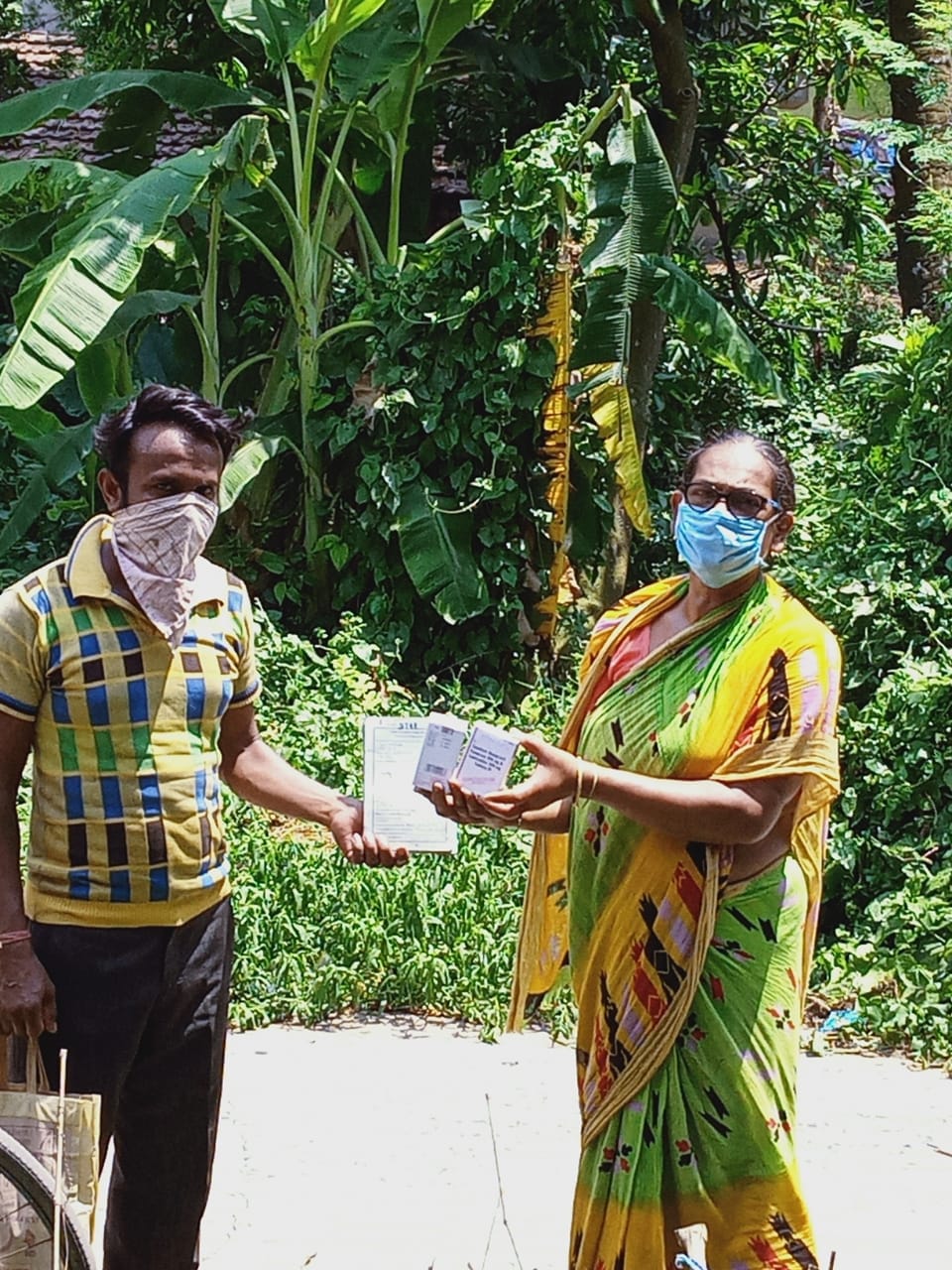 “Hurry up Saraswati! It is almost 1 o’clock. If we cannot reach there within an hour we might get stuck in rain”, Joytikona shouted.

Saraswati rode her bike as fast as she could, but the roads were blocked with uprooted trees and pieces of broken home tiles. They had collected ART drugs early in the morning from the ART Centre and now they were heading towards people’s homes to distribute.

Saraswati Mishra and Joytikona Routh are two girls in their mid-30s working as an Out Reach Worker in a Community Based Organization of Sonarpore (District South 24 Parganas) supported by Alliance India. They ensure that everyone in the PLHIV community should lead a healthy and safe life. They are working in this organization for the past five years and now this job is a way of life.

Even after cyclone Amphan, when everyone’s life was devastated, they were heading towards to save the life of a 12-year-old child living with HIV whose name is Sudha.

Sudha had called Sarawasti over the phone as she was hungry and feeling sick. The cyclone Amphan damaged their mud house. The roof of the house was broken due to strong winds. Although they were evacuated by the local volunteers and shifted to a safe place but she was afraid. Relentless rains have caused waterlogging in several parts of their area. Sudha called up Saraswati as she wanted to speak with someone, who can understand her. She knew that she missed her medicine – the reason for her feeling sick. She cried the entire night but there is no one to listen. Her only family is her old 70 year old grandmother who is too old to take care of her.

Even after 4 days of the cyclone, Sudha did not get into their house. She looked up to the sky, She saw the floods submerging everything around her and the irony that she had just one bottle of clean water to drink. Suddenly, she heard the honk of a bike horn. She went outside as fast as she could because she knows it was her Saraswati didi! Didi carrying her ART medicine and of course some food packets. No need to worry anymore!

The Vihaan programme of Alliance India enhances treatment adherence and retention in HIV care for People Living with HIV (PLHIV) in India.