Transgender Day of Remembrance 2021- From equality to equity 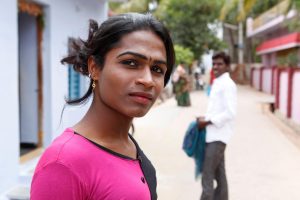 Talking about the transgender community, most of us consider the male to female transgender only, who are also known as ‘transwomen’ and assigned male at birth. And this leaves behind the issues of the female to male transgender persons, who are female assigned at birth-also known as ‘transmen’. We also should not forget about other gender non-conforming identities. This disparity happens because– these sets of populations are less spoken about, lack of visibility due to imposed social marginalization, lack of data and also the HIV intervention programmes that are designed for the transwomen community. Like other countries, in India as well the ‘transgender’ identity is used as an umbrella term with various other local identities, along with the traditional socio-cultural identity ‘Kinnar’ or ‘Hijra’. Studies, research etc. was conducted several times to explore the vulnerability concerns of the transgender community. The government and the concerned Ministries in our country has started to support for the overall well-being of this community by introducing the ‘Transgender Persons (Protection of Rights) Act 2019.[3]

There was a time when transgender community members were considered under ‘MSM’ term (men having sex with men) for implementing the HIV/AIDS Targeted Intervention (TI) programmes under NACP (National AIDS Control Programme) Phase-III. Later, considering the specific health and other needs of this community, National AIDS Control Organisation (NACO) started the transgender-specific TIs in many states of India, which effectively helped to reach out to more community members, to reduce the rate of HIV infection with specific care and approach.  This also helped to identify their specific needs and other health-related concerns, just apart from HIV/AIDS or sexual health-related needs. Based on the community feedback, now it has been realized that for the overall well-being of the same community; it would be more useful to implement the HIV/AIDS programme from a comprehensive and integrated approach. This strategy would help, to look at the existing intervention programmes from a need-based approach, introducing more community-friendly referral services, such as Gender Affirming Care (GAC) and other issues ( such as mental health, livelihoods etc.). The initiative has already been taken into consideration by NACO, involving the community and the concerned Ministries. Based on this learning it is expected that in the coming days each community-based programme will be linked or will be merged with other necessary services/programmes, considering the overall well-being of that specific community who are marginalized based on their preferred gender roles, sexual orientation, caste, class, religion or colour.

Transgender Remembrance Day is observed globally on November 20th every year, to express solidarity and to pay respect to the transgender community members whom we have already lost. On this important day, we need to revisit our thoughts towards them. So, let us respect them, let us look them from their eyes and let us stand shoulder to shoulder with the transgender community members, the organisations who work for them, the concerned Government ministries/departments. This will help to address the unaddressed areas, to reach to the unreached and most importantly to develop a new ethos in society where all the members of the transgender and other marginalized communities will be able to access all their necessary services and also will be able to address their rights-based concerns. And the required strategy needs to be implemented at the same level, considering the comparison with the other citizen of the country; who can enjoy the benefits and the services not only to access to healthcare, education, livelihood and other basic services but also in terms of taking part in the decision-making process, marriage equality rights, adoption, addressing and mitigating cases of violence and property inheritance.