UP State AIDS Control Society, UP Network of Positive People and Alliance India Collaborate for a Unique Community Cause; Launch Interventions for Female Sex Partners of People Who Use Drugs

Home > Resources > The Latest > UP State AIDS Control Society, UP Network of Positive People and Alliance India Collaborate for a Unique Community Cause; Launch Interventions for Female Sex Partners of People Who Use Drugs
Programme Update
Kunal Kishore 24 September, 2020

In line with its organisational motto of ‘community first’ and undeterred by the ongoing COVID-19 pandemic; Alliance India conducted a training titled ‘Addressing Sexual Reproductive Health Concerns and Gender Based Violence among Female Sex Partners of PWIDs living with HIV’ in Prayagraj, Allahabad, Uttar Pradesh, India. The training was organized on 17-18 September 2020 and was the result of a collaborative effort of the Vihaan Care and Support for PLHIV and Harm Reduction programmes of Alliance India. Thirty participants from four districts of Uttar Pradesh (UP) – Prayagraj, Lucknow, Gonda and Gorakhpur – currently engaged through the HIV Care and Support Centres managed by the UP Network of Positive People (UPNP +) under the Vihaan and Harm Reduction programme participated in the training. The four locations have already initiated the ‘Integrated HIV Prevention and Care Services for Female Sex Partners of PWIDs Living with HIV/AIDS’ through a COVID-19 emergency response support from ViiV Health Care and Frontline AIDS to India HIV/AIDS Alliance. This pilot initiative complements the ongoing Vihaan Care and Support programme in UP which is being implemented under the overall guidance of the UP State AIDS Control Society (UPSACS). 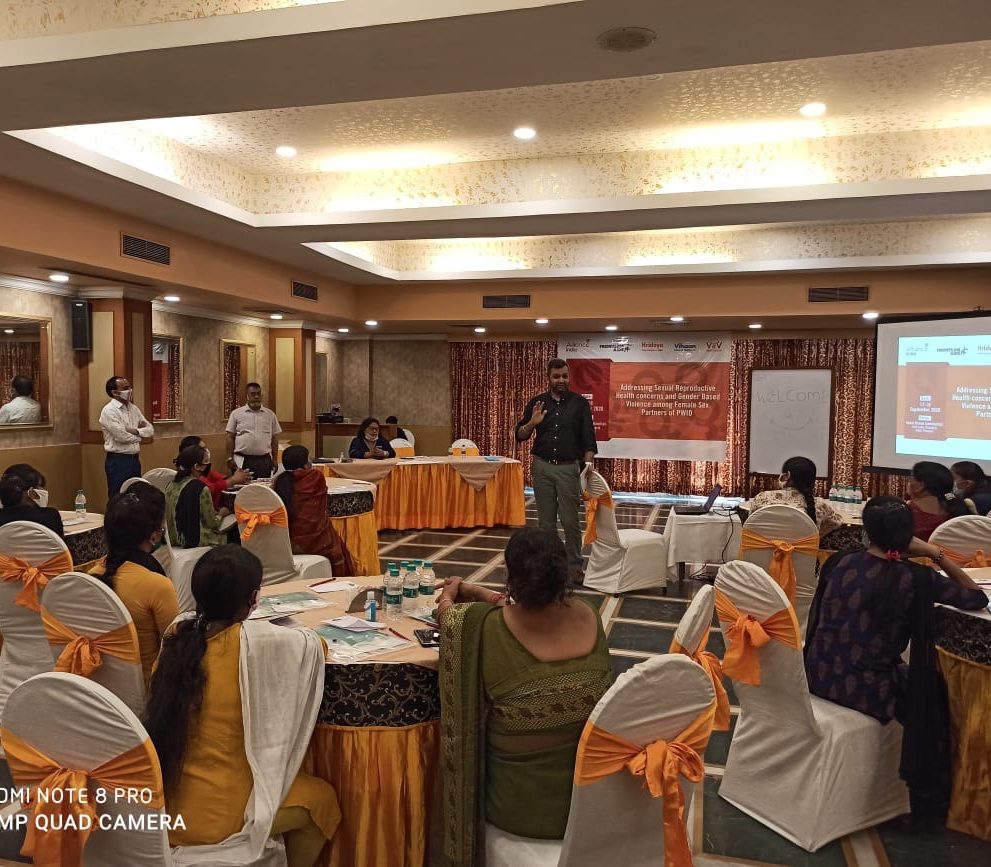 UPSACS is providing the strategic guidance and direction to the programme. It also aims to prioritize the prevention of new infections and improve client adherence to HIV prevention services. More specifically, since the coverage of people who inject drugs (PWIDs) and their subgroups like female sex partners (FSP) remain a challenge, through the new intervention in UP, Alliance India and UPNP+ will complement the existing Vihaan programme in the state to demonstrate a strategy to reach the unreached and underserved populations. According to the Joint Director, Care and Support, Dr Singhal of UPSACS, ‘Such an initiative will strengthen the reach of the HIV care and support services; reach the unreached and new populations not covered through conventional service delivery verticals and help in achieving 90:90:90 goal in the state. The state will also set an example of how to engage with the new at-risk populations in India for other states’. 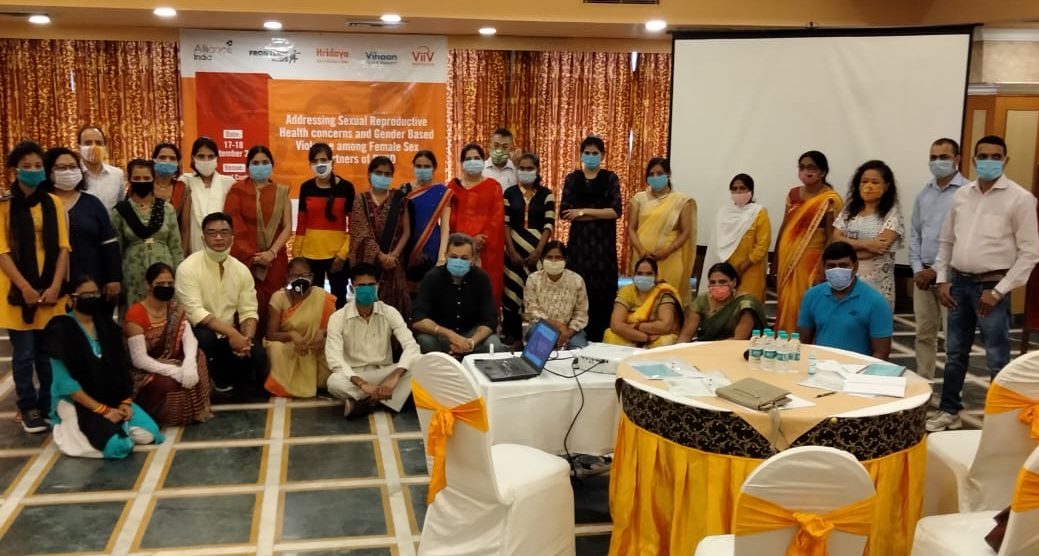 According to data available with Alliance India supported FSP intervention site in Delhi, the first in India, providing services to over 400 FSPs; there is 4% HIV prevalence. The ongoing COVID-19 pandemic has further intensified the already existing vulnerabilities of the FSP and there is an urgency to intervene and address the health and linked social challenges of these vulnerable women. The initiation of four sites in UP is opportune considering the state now has the highest number of PWIDs (111,000) as per the latest Government of India estimates (i.e., MoSJE Feb 2019). Moreover, with over 27% of PWIDs are HIV positive (IBBS 2015) who are in dire need of HIV care and support services themselves besides their sex partners who are yet to be reached. The experience in Delhi explains that increasingly HIV epidemic is getting more concentrated amongst the male members of the people who inject drugs community, and their female sexual partners who may be at increased risk for HIV and HCV infection not necessarily due to their own risk behaviours but of their sex partners both as drug users and clients of sex workers. Besides addressing the HIV risks and vulnerabilities of FSPs in UP building on the lessons from Delhi, the interventions in Prayagraj, Lucknow, Gonda and Gorakhpur will prioritize SRHR and GBV as a key strategy to ensure the model is community friendly and addresses their needs beyond HIV. The model recognizes that while women are in general more susceptible to HIV from the biological point of view, prevailing socio-cultural norms increase the vulnerability and risk to contract HIV as women are often not able to negotiate safe sex or refuse sexual relations. Exposure to violence, which is still too often condoned, can add to this risk. When married or being a partner to a male drug user, women suffer compounded distress. Not surprisingly even at the national level in India, many drug users live with their female sex partners (43% i.e., IBBS 2015), but the latter rarely use drugs themselves. Finally, since females both as drug users and as female sex partners of male drug users often face double stigma and discrimination and don’t have access to services, the project will deploy outreach and peer staff from the community to ensure their access to HIV prevention and Harm Reduction services is also ensured in a more integrated and cohesive manner.