Save lives, no matter the circumstances!

In Mizoram (a state in northeastern India), drug use has gone up to alarming levels. The recent study, “Assessment of standards of care in services for people who use drugs in India” commissioned by the Ministry of Social Justice and Empowerment, Government of India in 2019 reveals that 6.9% of the total state population (10-75 years) require help for drug use related issues. The state has the highest HIV prevalence rate according to HIV Sentinel Surveillance, NACO, Ministry of Health & Family Welfare, Government of India, 2017 in the country among the general population, and also the highest among people who inject drugs (PWID).

As the country entered into the second week of the lockdown to contain the spread of the coronavirus pandemic, the situation became increasingly difficult for most people who use drugs (PUD) in Mizoram. Unlike alcohol or cigarettes, illicit drugs are difficult to procure and not easily available. Available medical services are inadequate to deal with the medical complications that arise due to lack of access to drugs because it is expected that cases of severe withdrawal will only go up as the lockdown continues. The provision of OST (Opioid substitution therapy) to people who use drugs is a proven method to deal with the withdrawal symptoms and cravings that arise due to stopping drug use. The medical and health services which are available are mostly inaccessible due to strict travel restrictions. Moreover, neither the OST centre staff, nor the officers of the Mizoram State AIDS Control Society (MSACS) were in favour of new registrations on OST during the lock-down period.

Those who were not able to procure drugs in sufficient quantities to sustain their use started facing severe withdrawal symptoms. These can be extremely distressing and in most cases debilitating, even fatal. Official records from the Excise & Narcotics department of the government of Mizoram state that more than 50 people have lost their lives every year for the last 5 years due to drug use related incidents.

Shortly after the government announced the lockdown, many wondered, how PUD would cope with the new regime. The link between drug use and traumatic stress caused by drug withdrawals and cravings are well-established. The longer the lockdown lasts, the more negative impact is likely to be faced by people who use drugs, ranging from severe psychological and physiological effects, sometimes leading to adverse consequences, like suicides.

While MSACS and Mizoram Social Defence & Rehabilitation Board (MSD&RB) were trying to work out strategies to reach out to maximum numbers of people who inject drugs (PWID) with services like OST, needles, syringes and ART, Mizoram Drug Users’ Forum (MDUF, an Alliance India partner) felt that there was a need to quickly in order to increase in access to services for hard to reach population. Firstly, they set up a helpline facility in collaboration with MSD&RB for people to call and share their fears and distress. The helpline is managed by trained and experienced community leaders. The helpline facility was broadcasted in the two local cable networks LPS and Zonet as news items and also through various social media platforms. And secondly, MDUF started distributing medicines to the hard to reach PUD for short term relief to deal with drug withdrawals. Further MDUF is currently advocating for induction of new clients to OST medication irrespective of the norms and protocols of registration to OST services, following which they have written an email to NACO on providing a directive to the state to induct new clients on OST programs in line the impact of the lockdown and the safety of people who use drugs. PUD community who were in severe withdrawals got relief from their pain as a result of the medicines distributed by the network members. Those who were in immense trauma due to withdrawals, cravings and uncertainty were relieved to a great extent as a result of the counselling and moral support provided through the helpline services. 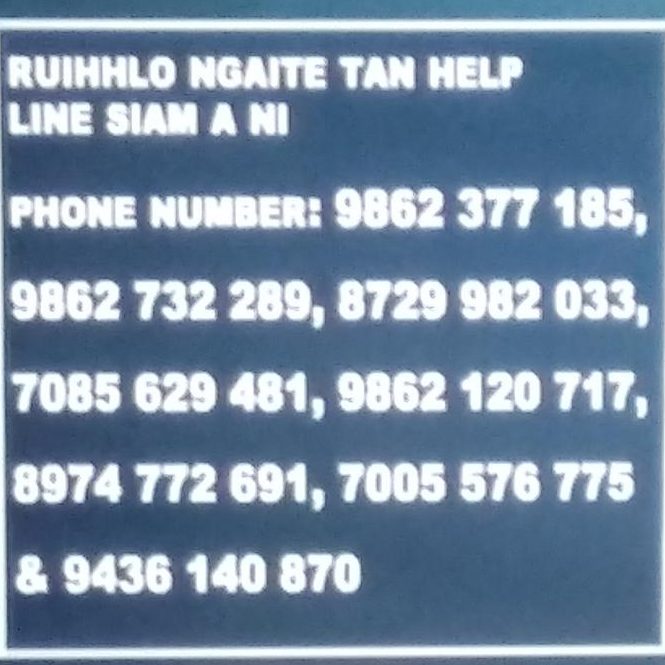 The helpline facility consists of a total of 9 different phone numbers managed by trained PUD leaders. The television broadcast was done on 7th April 2020 evening and within a few hours, 9 calls were received seeking help for the trauma they are facing due to withdrawals, non-availability of medicines and services and also the uncertainty over the COVID lockdown situation. MDUF reached out to more than 20 clients who required withdrawal medication and in just one day and distributed buprenorphine medicines for short term relief from their withdrawals and cravings. The medicines were procured through their own network i.e. MDUF and individual funding sources.

As a result of the advocacy led by MDUF, and subsequent efforts from many other states, the team at NACO has advised MSACS to look into the matter with utmost importance and come up with humane solutions. Following which the state authorities, are in the process of developing strategies with a public health approach and for saving lives keeping aside the standard operating guidelines and procedures due to the special circumstance.

Mizoram Drug Users’ Forum (MDUF) was formed in 2010 by a small group of drug users which later expanded to become the state drug users’ network of Mizoram based in Chanmari, Aizawl. MDUF has supported more than 300 PUD community members so far based in Mizoram with medicines, counselling and moral support to overcome the havoc. The movement is supported by the harm reduction team of Alliance India through guidance and handholding support to connect with hard to reach PUD community, facing adverse consequences ranging from severe psychological and physiological effects as a result of the ongoing COVID-19 lockdown.