Home > Resources > The Latest > Provision of harm reduction service in the lockup of a police station
Blog
allianceindia 15 May, 2020 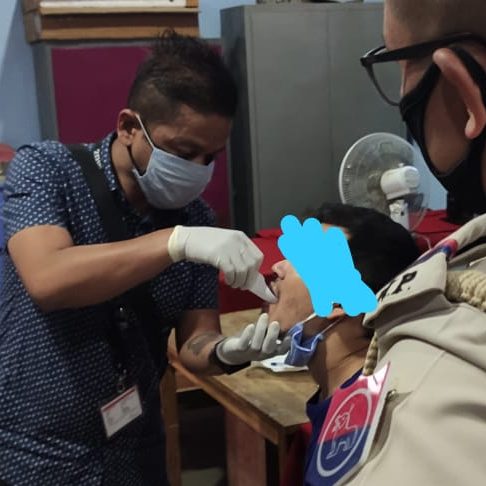 I am Kishorchand (Bungo), the state coordinator for the Drug User Forum of Manipur supported through the Harm Reduction programme of Alliance India. On the evening of 1st May 2020, I had just come home from work when I received a phone call from an unknown number. He identified himself as the police officer who was present at the site when two overdose cases were reported at a Diwali gathering last year i.e. 2019. I had gone there to administer naloxone to the two individuals, following which they recovered. The police officer had apparently noted my phone number at that time for future reference. He asked me to come to the Imphal West Police Station as they had three drug users in custody, and one of them appeared to be undergoing severe withdrawal symptoms.

All three persons detained were from the same locality, situated at the heart of Imphal West. They had been under the surveillance of a local vigilante group with an anti-drug and alcohol mindset monitoring the movements of drug users during the Covid-19 lockdown and were caught early that morning in the process of buying heroin. In the scuffle that ensued, when they tried to escape, one of them fell from the two-wheeler and sustained severe injuries. Following that, they were all apprehended and taken to the Police Station.

When I arrived at the Police Station at around 5 PM with some Opioid Substitution Therapy (OST) medication (buprenorphine), I met all three of them and recognized one as someone I met at Narcotics Anonymous (NA) meetings. He was embarrassed to see me as he felt uncomfortable due to his recent drug use. According to their individual accounts, the person who was injured was experiencing withdrawals as they were apprehended before he had the chance to take his dose of heroin that morning. They were also concerned about his wife, who is also dependent on heroin. While he was keen to start buprenorphine, the other two declined, despite exhibiting mild withdrawal symptoms. They were probably still reluctant to admit that they had been using. So I focused my attention on the person who needed the medication, took a brief history of his drug use, and asked him about the quantity of heroin that he had been using recently; and then I gave him incremental doses of buprenorphine till he said that he was comfortable. This amounted to a total of 8 mg. 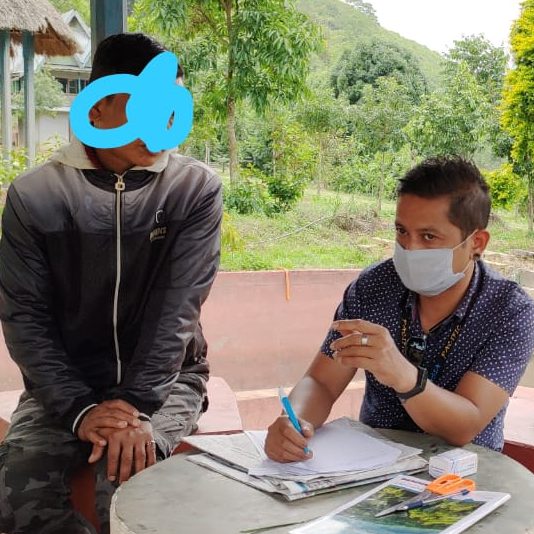 During this interaction, some of their family members arrived at the Police Station, including the wife of the person who had been administered buprenorphine. A meeting was held with the three persons in custody, family members, and police officials, during which I informed them of the treatment options available. They could either enroll in an OST program and avail take-home doses or register with the CROc-19 camp (an initiative of 10 Harm Reduction CBOs in Manipur that provides free treatment including OST, shelter, food, education on COVID-19 to drug users during the lockdown). The police officer also counselled them by informing them of the option to go for treatment if they wished instead of remaining in the lock-up. At the end of the meeting, I gave them my contact details in case they needed any further help. They were all released later that evening.

The next day I came to know that the 2 individuals who had refused OST had gone with their families to the CROc-19 camp and were admitted into the facility. However, there was no information available on the whereabouts of the third person who had been provided with buprenorphine the previous day. As I did not know his exact address, I contacted some of his peers from the same locality but was informed that they did not know where he was. Furthermore, they informed me that this was not a good time to track him down as the local vigilante group was in the process of collecting the names and addresses of all current drug users. Currently, people who use drugs in Imphal are being served with ultimatums to surrender themselves or else be apprehended and forced into treatment centers under the garb of “doing good for the society” while blatantly violating their human rights. Those already coerced to such treatment were made to sign an undertaking stating that if they started using drugs after completion of treatment, they would be evicted from the locality essentially alienating them from their family and friends. Considering the sensitive nature of the situation, I decided not to pursue my search as it was likely to put him at risk.

Meanwhile, I have been following up on the progress of his two friends who have been accessing services and treatment at the CROC camp since the 2nd of May.

In the coming days, through the Drug User Forum of Manipur, I plan to reach out to more peers being coerced in forced treatment, prevent human rights violations, and ensure COVID -19 is not a deterrence for ensuring harm reduction services and for saving valuable lives.