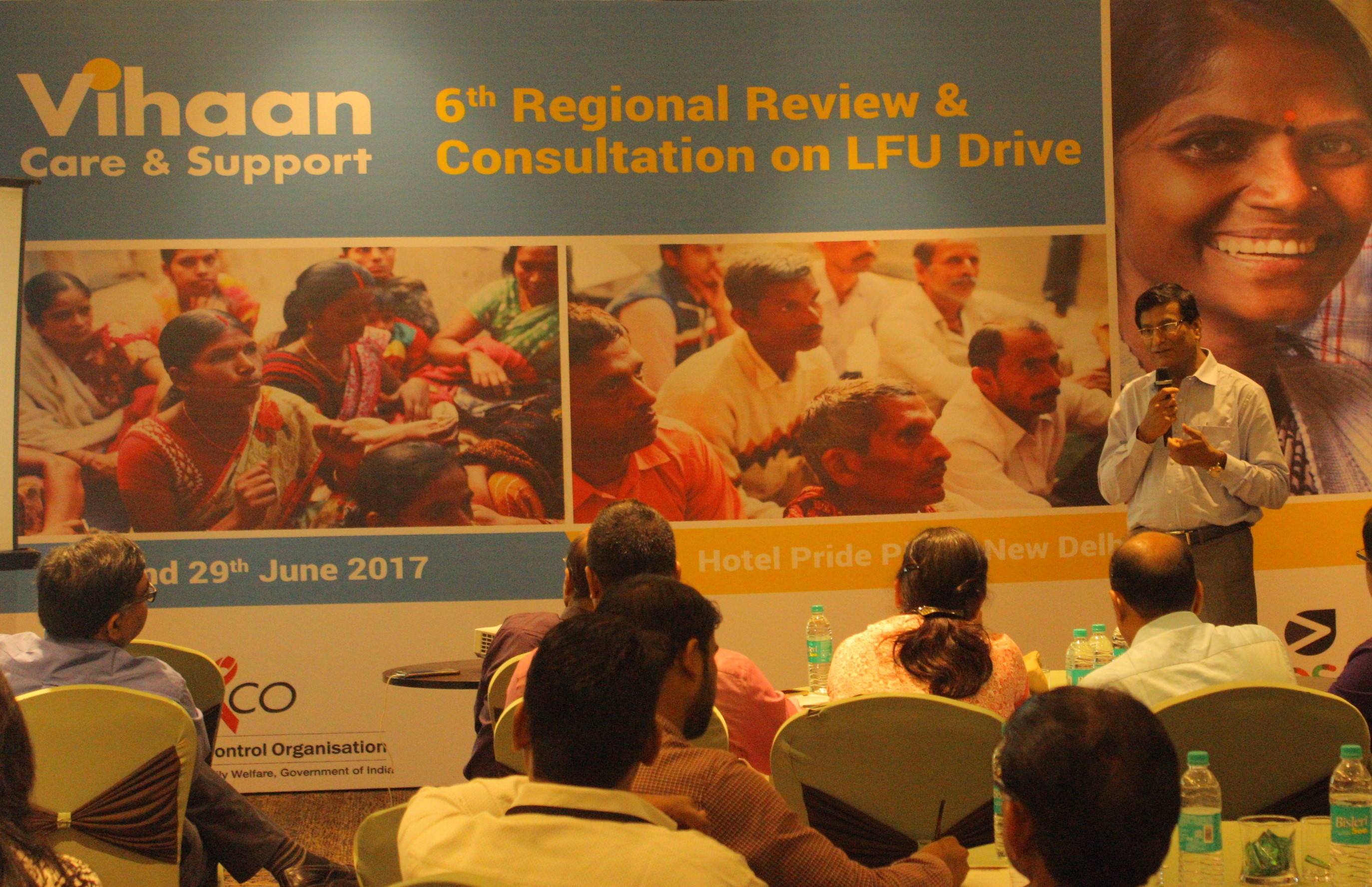 Retention in care, treatment adherence and subsequent effective viral load suppression are critical measures for HIV care interventions as they positively influence the treatment. Viral suppression significantly reduces the risk of ongoing transmission of HIV (treatment as prevention). The prevention benefits of viral suppression to undetectable levels, especially among Key Populations (men who have sex with men, sex workers, people who inject drugs and transgender) is of great public health importance and contributes to HIV prevention programme at large.

Anti-retroviral therapy (ART) is only useful when it is regularly taken as advised by the physician in ART centres. In the care & support programme, PLHIV are often told that missing ART pill for a day can reduce a day in their life. However, PLHIV leave the treatment in-between due to multiple reasons. LFU (Lost to Follow-up) is a term used to classify people who have discontinued the HIV treatment in between. LFU cases are seen as one of the key barriers to achieve the national strategic goals related to HIV/AIDS. Under the Vihaan programme of Alliance India, 300 CSCs and 10 TG specific CSCs are working with 576 ART centres across the country. Vihaan team is also putting several efforts to ensure there are no new lost to follow up cases. Though ART is a life-long therapy, it has been observed based on the National AIDS Control Organization (NACO) data that first 6 -12 months of ART are crucial. NACO programme data from 2017 reveals that 63 % of PLHIV became lost to follow up within 12 months of ART initiation.

A study conducted by Alliance India in 2017 revealed that nearly 25% PLHIV left treatment because they were not feeling good and another 15% left owing to the side effects of the treatment. Among the various reasons cited by the PLHIV, majority of them indicated a poor health-seeking behaviour or other contributing factors like the stigma associated with the disease, poor socio-economic reasons etc. Strong counselling to reinforce the treatment benefits, sharing positive stories of treatment benefits and constant engagement with those living with HIV is very essential to bring them back to the treatment.

Reshma (name changed), a transgender woman hailing from Ahmedabad was LFU since 2017. Vihaan Transgender Care & Support Centre (CSC) team approached her for bringing her back to the ART centre. During the interaction, Reshma revealed that she had left the treatment due to the side effects of ART medicine. Outreach worker (ORW) of Vihaan programme of Alliance India visited her house several times and provided information on the side effect management and provided treatment preparedness counselling as well. Finally, she came to the ART centre on 24 December 2020 after a gap of three years and restarted her ART treatment. The ORW also linked her with various social protection schemes so that she will continue her treatment regimen.

Bringing an LFU back to the treatment requires a great amount of dedication, perseverance and patience. Currently, 1532 outreach workers (ORWs) are engaged with the Vihaan programme working across the country and more than 95% of them are PLHIV themselves. Often they expose themselves to challenges of going to the community with harsh weather conditions, poor transport system and adverse reactions from PLHIV and their families. Often they are scolded and threatened either by the patient or their family members but these ORWs never deviate from the mission of bringing them back to the treatment. In 2020, on an average 4347 PLHIV were brought back to the treatment every month whereas in 2019, on an average 3805 PLHIV were brought back to the treatment.  In Reshma’s case also, ORWs have visited her home multiple times, called her over the phone at least 3-4 times in a month and never lost hope. This kind of perseverance is making a lot of difference in the lives of people living with HIV and we salute the dedication of ORWs, who are our frontline workers.

Alliance India is the principal recipient of the Global Fund grant for HIV Care and Support Programme (Vihaan) in India which is implemented nationwide in a diverse partnership with the government, civil society, and the networks of people living with HIV. Since 2013, Vihaan Care & Support programme has evolved over the years to deepen the reach, amplify the services and galvanise the positive impact of the programme. The programme serves nearly 1.4 million PLHIV through its 319 Care and Support Centres spread across 28 states and 4 union territories in India.