My Experience of Surviving TB Twice 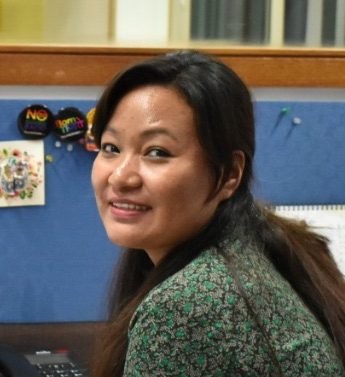 Health is a precious commodity. In good health, we feel like we could conquer the world and in illness, we feel like a pile of laundry. Going through a prolonged illness is one of those tough times in life when we need a support system to comfort and reassure us.  I am two times survivor of TB and living with one of the rare diseases called Hereditary Angioedema (HAE).  I have realised just how vital it is to have a safety net to fall back on. I am alive today because I could access free testing and treatment from the public healthcare facility and a lot of love and support from my family and friends.

In the early 90s, much before DOTS based programme was launched in India, I lost my grandmother to TB.  As a young person, I knew TB was difficult to treat. Fast forward to my adult life: I was diagnosed with gastric TB in my early twenties. Fortunately, I was covered under corporate health insurance so I completed my six-month regimen from a private hospital and recovered well.

Today, I want to share with you about my recovery from lymph node TB, my second battle with TB. This is when I experienced what perhaps the majority of 2.7 million people diagnosed with TB in India go through. At the time, I was volunteering with a local NGO helping HIV-TB patients under the care of the NGO visit Mehrauli TB hospital for treatment.

In one of those visits with my friends, I once met two young sisters in their teens being treated at Mehrauli TB Hospital for lever TB. They were both Multidrug-resistant patients (MDR TB). We had learnt that 80-90% of their levers were damaged and they had little to no chance to live. It was too late to help the girls. Their families, originally from a small town in Uttar Pradesh, had first tried home remedies, village quakes and by the time they brought the girls to the hospital, it was too late. I visited them daily as they asked me, “didi, it is too cold at nights, can you bring some warm clothes?” My heart broke when they shared, “didi, our relatives don’t want to talk to us or touch us, they think we are going to die, we don’t want to die, didi”. At that moment, I let down my guards, I removed my face mask and hugged them tightly. A week later when we reached the hospital there were only empty beds. The beautiful faces that lit up every time we entered the hall were gone forever.

On another occasion, we met a young boy, about five-year-old, and his sister who was barely a few months old. The baby was so badly emaciated that she was at a verge of breathing her last any moment. Their mother was admitted to the Mehrauli TB hospital and their maternal uncle who was attending to them had left them outside the hospital. We managed to contact the uncle and take his permission to admit the infant in Safdarjung hospital where the baby was put on a feeding tube. I whispered into her ears, “You don’t deserve this, stay strong”. They both tested positive for TB. I spent the night with them and the next morning handed over the responsibility to their uncle. Sadly, by the time I visited them again they had checked out of the hospital without proper treatment. I could understand that it was all too much for the uncle; looking after the children in one hospital and his sister in another. He neither had the resources nor the mental strength to keep it together. I witnessed first-hand how TB was wreaking havoc in the lives of poor and vulnerable.

About a month later, I noticed a lump on my left side neck. It kept growing each day in size and I started experiencing pain in the area. I started feeling feverish and lethargic. I went to the Mehrauli TB hospital for testing and sure enough, I was diagnosed with lymph node TB.

I was a little surprised at how smooth the entire process of testing for TB was: the hospital was clean, the doctor was kind, the testing lab was large with the state-of-art testing equipments, and the entire process was well organised. The only drawback was the long waiting line, which was tolerable. I decided to take the treatment from the DOTS centre in the same hospital. In the initial months I struggled to go to the hospital for my dose and injection. I felt weak and depressed. Each day was a battle. But with the support of my family and friends I completed my treatment and recovered well.

TB is so rampant in India. I was once part of a health camp providing free HIV testing where the majority of the patients who came had symptoms of TB and were referred to the TB hospital. The biggest catalyst to the spread of TB is ignorance and lack of awareness among people. We use various channels of communication to inform people but the most effective mode is one that is passed from one person to another through personal experience. In India, we have the culture of giving free, even unsolicited advice but when it comes to learnings and experiences of dealing with TB, we tend to keep it under wraps due to the stigma attached to it. This stops the free flow of information on TB that could prove life-saving for someone. Ending stigma around TB will prove winning half the battle.

Good health means good income and good income means better living standards. Fostering the aspirations and dreams of its people, India has pledged to eliminate TB by 2025. It’s an ambitious feat but not impossible if we all come together and resolve to do anything and everything to make communities resilient against TB.