Never too late to save one more life 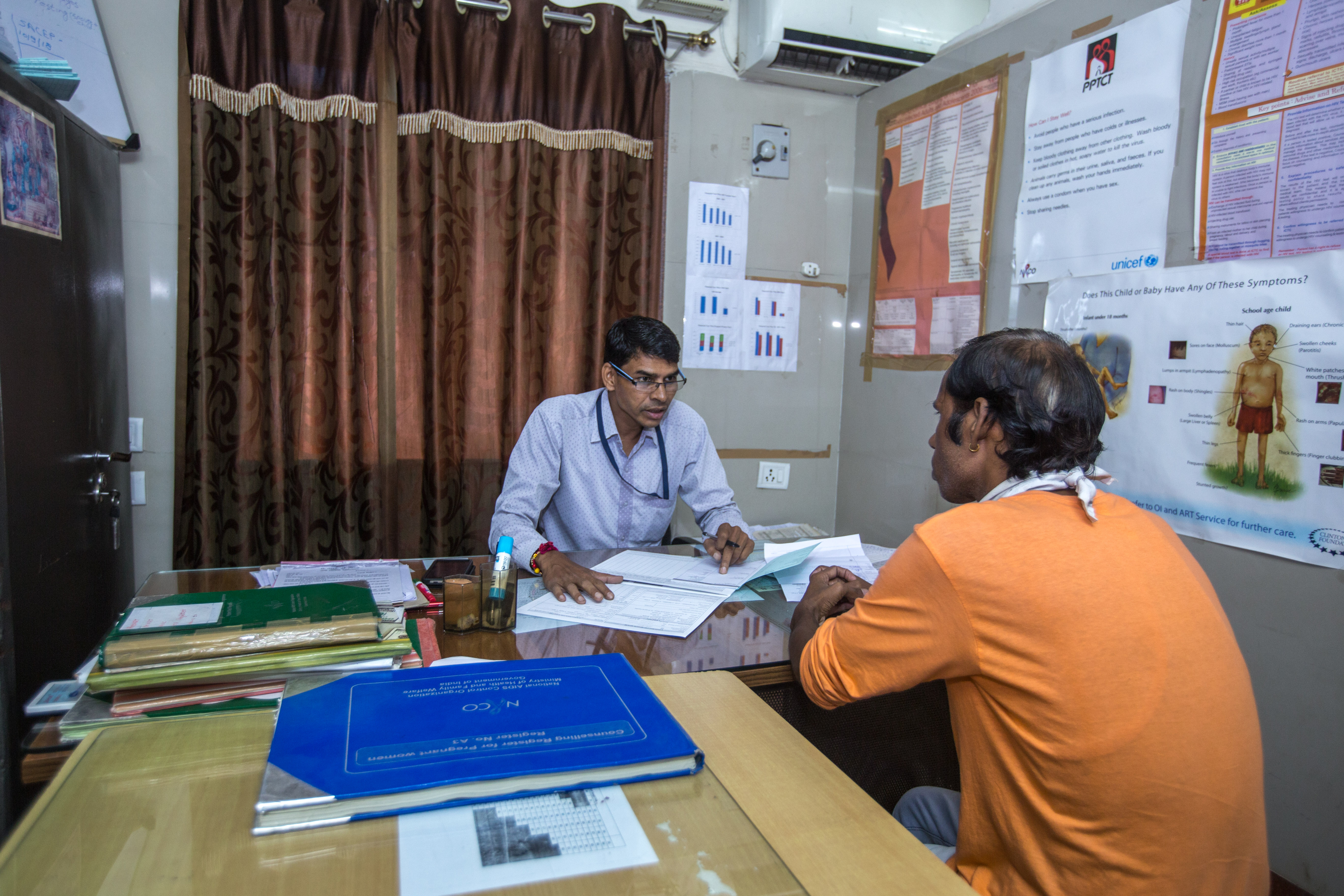 Photo used for representation purpose only.

Ronit, (name changed) had been on treatment for HIV for over a year when he was diagnosed with multi-drug resistant-drug tuberculosis (MDR-TB). He was in a critical health condition and on the verge of losing his life. It was almost too late to save him.

Ronit was diagnosed with HIV in December 2019 and registered at Deep Chand Bandhu Hospital. Within three days after completing a regular examination by the doctor, he was put on antiretroviral therapy on 11th December 2019. At this point, he was relieved and his family was hopeful to see him get better. For a while, it all seemed to be fine but within a few months, his health began to deteriorate instead of getting better. At first, they brushed it off thinking it could be side-effects of the newly initiated ART regimen. However, in September 2020, during one of his routine visits to the ARTC doctor, the doctor suspected TB from his chest x-ray. For further confirmation, he was immediately referred to the Rajan Babu TB hospital. Further tests like CBNAAT confirmed he was suffering from MDR-TB, which is a form of TB infection caused by bacteria that are resistant to treatment with at least two of the most powerful first-line anti-TB medications. This means that the drugs don’t work and other medications have to be tried limiting the treatment options for a patient. By this time Ronit had become very frail and was admitted to the TB hospital for treatment.

In November 2020, the doctor in TB hospital recommended that they request the ART doctor to change the ARV drug combination. Since Ronit was in critical health condition, his brother went to the ARTC to request the doctor to change the ARV combination. In the absence of the patient, the doctor didn’t pay attention to his request and sent him back to collect the same combination of ARV (TLE). When Ronit’s brother realized this, he went back to the ART Centre again. This time, the ARTC counsellor asked him to take support from Alliance India’s Vihaan Care and Support Centre. Through a phone call, he connected with the CSC outreach worker who then assured him of support. Next time, the outreach worker accompanied Ronit’s brother to the ART Centre to request the medical officer there. Even though Ronit’s brother had some documents missing, our outreach worker intervened and narrated the serious condition of the patient and requested urgent help. Thankfully, the doctor co-operated and changed the ARV combination to TLD. Ronit’s health improved greatly after he was treated for TB as well as the change of ARV medication. He was out of danger now. After more than four challenging months, finally, on 18th December 2020, Ronit was discharged from the hospital while continuing both treatments at home.

Once again Ronit was hopeful of a healthier and happier life despite the complications of progressive disease and life-long treatment. Care and support services, therefore, are very critical for people living with HIV. It is not only the treatment but ensuring access to treatment in enabling and stigma-free environment is vital to their wellbeing.

Vihaan Care & Support programme of Alliance India enhances treatment adherence and retention in HIV care for People Living with HIV in India. The programme is implemented nationwide in a diverse partnership with the government, civil society, and the networks of people living with HIV. The programme serves nearly 1.6 million PLHIV through its 319 Care and Support Centres spread across 28 states and 4 union territories in India.