Hoping for a better life 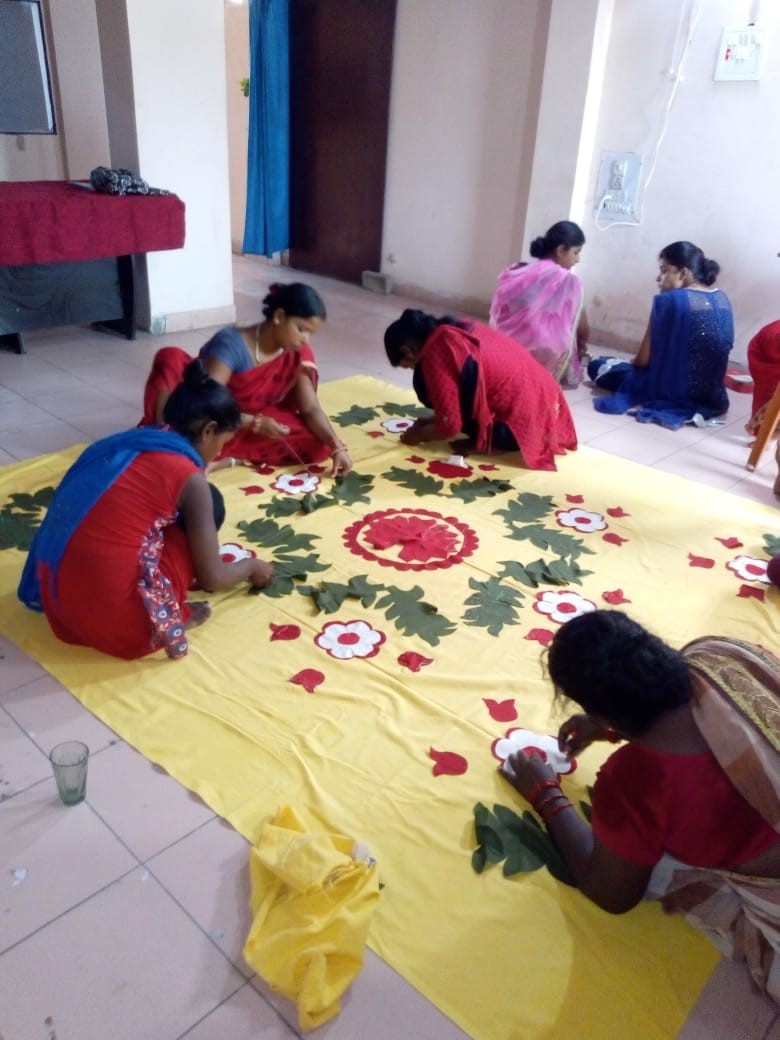 I am Kanchan Devi, 35 year old married woman living with HIV. I live in the Hajipur district of Bihar. My husband is a driver by profession and we are blessed with four children; three sons and a daughter. Five years ago, my husband and I were diagnosed with HIV. I would say, by God’s grace, my children are HIV negative. Since 2015, we are under ART (Antiretroviral Therapy) treatment. But I don’t know the name of my ART medicine because I have studied only till eighth grade and the name of ART medicine is difficult to understand.

After being diagnosed with HIV, I felt that HIV did not only infect my body but it had an impact on my confidence and self-esteem as well. For the general population, HIV is still a fearful infection that flips the life plans that they set for their future. Because of less information and a huge fear among people, they didn’t want to come close to us when we were diagnosed with HIV. People wanted to maintain distance with us which created barriers for us to live a normal life and hence became one major obstacle in getting suitable job opportunities.

The society where I come from is patriarchal in nature. I feel that women receive fewer opportunities compared with men. Being HIV positive and being a woman, I am facing a double challenge every day. Like many other Woman Living with HIV (WLHIV), I did not have any job to sustain myself. I had to rely on my husband’s income which was too meagre to even run the house. Due to his poor health, he is unable to drive the vehicle regularly. If he works for three months, then he has to stay at home for another three months. Because of his poor health condition, it was very hard to manage household expenses.

I was always seeking a job that would help me contribute to the household income. Thankfully one fine day in the month of February, I received a call from an organization called Sita Samaj Sansthan inquiring about my interest in receiving vocational training of Appliqué (ornamental needlework in which pieces or patch of fabric in different shapes and patterns are sewn or stuck onto a larger piece to form a picture or pattern which is commonly used as decoration, especially on garments). A representative from Sita Samaj Sansthan asked about our house address and shared the logistic details for the training programme. I became excited after hearing about this new opportunity. My husband was equally happy about this new opening.

After a few days, I was contacted by Sita Samaj Sansthan for General Health Check-up and training. I reached Sita Samaj Sansthan on the mentioned date and time where the other 19 WLHIV were present for the health check-up as well as to participate in the vocational training. All my reports came out normal. Hence, I was allowed to participate in the training.

During the training, I came to know that the founder of this organization was the ex-staff of NCPI+ (partner of Alliance India). NCPI+ had approached Sita Samaj Sansthan to provide vocational training to WLHIV who were unemployed. Sita Samaj Sansthan accepted the proposal of NCPI+ and requested for the list of WLHIV. In close coordination with ART Centre and Care & Support Centre named Gita Mahila Uthaan Sansthan, NCPI+ provided the list of 3,000 WLHIV residing in the state of Bihar. Then, Sita Samaj Sansthan contacted all listed WLHIV and selected me and 19 other WLHIV because we were eager to participate in this training and lived near to the Sita Samaj Sansthan office.

Currently, twenty WLHIV are participating in the training of Appliqué. After the completion of the course, we will receive a certificate and will be linked to another organization called Acicode by Sita Samaj Sansthan. Acicode will later provide us 5000 INR to support us to purchase equipment for Appliqué and the finished product will be marketed by Sita Samaj Sansthan.

I believe that after being certified, I will start making Appliqué from my home in the coming days which will reduce my financial problems. There will be no difficulties to run the household and I can buy the books and other essentials stationery for my children on time.

I am thankful to all who have contributed to this process. Especially, I would like to thank NCPI+ and Sita Samaj Sansthan who thought about us. Without the initiation of NCPI+ and the support of Sita Samaj Sansthan, I wouldn’t have been participating in the training and planning for a better future.