Home > Resources > The Latest > When a gas stove can heal and bring food to the table
Blog
Anurag Paul 15 July, 2020 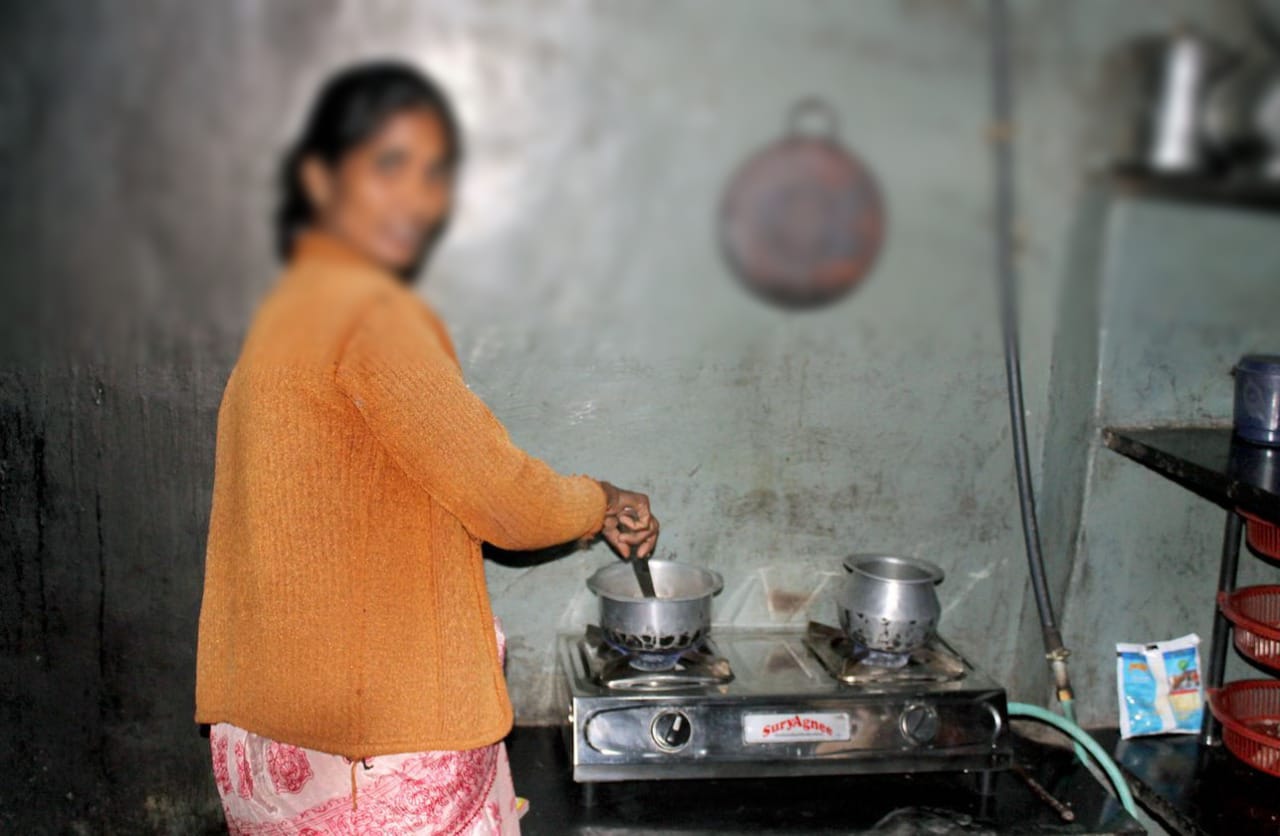 Varsha Joshi, an outreach worker received a list of people who have missed their antiretroviral (ART) treatment to provide follow up care and support services. In the list was a family of three from Dharnodhar Village, Gujarat who could not access the ART medicines due to the COVID-19 induced lockdown.

This was the same family that Varsha had helped a year ago to provide them with cooking gas (LPG) connection under the Ujjwala scheme, an initiative by the Government of India to provide LPG connections to women from below poverty line families. When the couple had gone to Palanpur Village, Gujarat to get the gas cylinder and stove under the Ujjwala scheme, their child who was resting on his mother’s arms was visibly unwell. He was having high fever and suffering some underlying illness. Very quickly, he became gravely ill and the couple had to rush him to the hospital. This was a very scary situation for them because they had recently lost their older child who was only 4 years old, and now the younger one was severely ill. They were befuddled as to why their children were falling ill. Thankfully, their child received timely help and had eventually recovered.

During the hassle of rushing to the hospital, they forgot their stove in the auto-rickshaw they went in leaving them with only the gas cylinder. Due to their economic situation, they were unable to buy another stove. They soon arrived at Vihaan Care and Support Centre and shared their concern with Varsha. Varsha and the couple knew the stove was impossible to find now so they returned home in despair.

When Varsha visited them during the lockdown a year later she found out that the boy was doing much better now. However, the gas cylinder was still not being used because they couldn’t replace the stove they had lost. Not only that, but the family also was not able to buy basic food ration. Varsha was appalled and concerned about the health and the nutritional needs of the whole family which is very important to supplement the HIV treatment regimen they are on.

Varsha assessed the whole situation and decided to make some arrangements. She made an effort to mobilize resources locally and found two willing donors. With their support, she arranged for food rations that could last for at least two months and also provided a gas stove for the family.

Varsha delivered the food rations and gas stove to the family on the same day because they needed immediate help. They were very surprised but at the same time, joyful. They were filled with gratitude towards our outreach worker, Varsha.

Families belonging to below poverty line or low-income group need additional support to make their ART treatment much more effective. Outreach workers like Varsha are sensitive and compassionate to such needy families and provide a variety of assistance going above and beyond their duties.