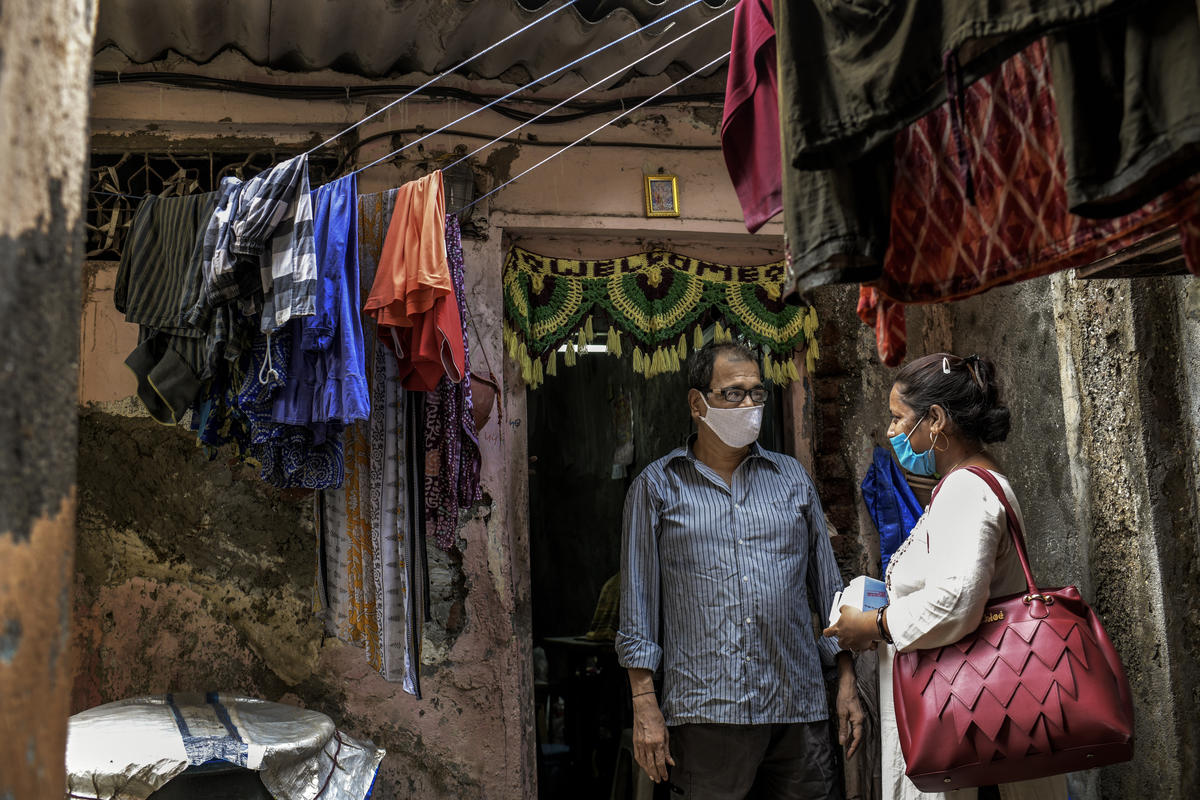 During regular meetings with Vihaan programme team, the outreach workers shared many instances of stigma and discrimination faced by people living with HIV when they were provided assistance by Vihaan team.

Many people living with HIV have reported that they were not permitted to go to hospitals to collect their ART medicines even after showing their treatment records. Shyam (name changed), a resident of Noida and registered in Lal bahadur ART centre, Delhi was not believed but beaten up by the local police for stepping out of his home. Shyam called a peer counsellor from Vihaan’s Care and Support Centre who intervened and spoke to the police officers over the phone about the importance of ART medicine as a lifesaving drug and requested them to allow him to go to the hospital. Finally, he was allowed but the incidence left him distressed.

In the majority of districts, outreach workers from Care and Support Centers obtained special approval from the local authorities to visit the communities. However, these special passes are not issued in many other districts. Whenever a person living with HIV called over the phone, the outreach workers visited them, sometimes to even sealed off areas to home deliver the HIV medicines. Many of our outreach workers had to face police assault, especially our outreach workers in Balangir, Odisha and Katihar, Bihar.

Even in the national capital, s Delhi, people living with HIV were not spared of discriminatory behaviour. Mangla, a transgender who is HIV positive has been staying with her Guru in Dera for the last several years. Recently, she was asked to leave the Dera because she is vulnerable to contracting COVID-19 and they feared she may transmit the virus to others. She approached the Care and Support Centre in East Delhi for help. The team have identified a shelter for her in one of the community homes. Similar incidence was also reported by another transgender person from Kolkata.

Because of the COVID-19 outbreak, many health facilities have been converted to COVID-19 hospitals. As a result of it, people living with HIV requiring attention for other infections besides HIV are not receiving proper treatment. Nadeem from Delhi was HIV positive and also suffered asthma problem. During mid- April 2020, one day, he fell unconscious. His mother rushed him to various big hospitals but they were turned away due to complexities of HIV, unfortunately, he succumbed within two days due to lack of help.