Children Living with HIV: Add life to their years 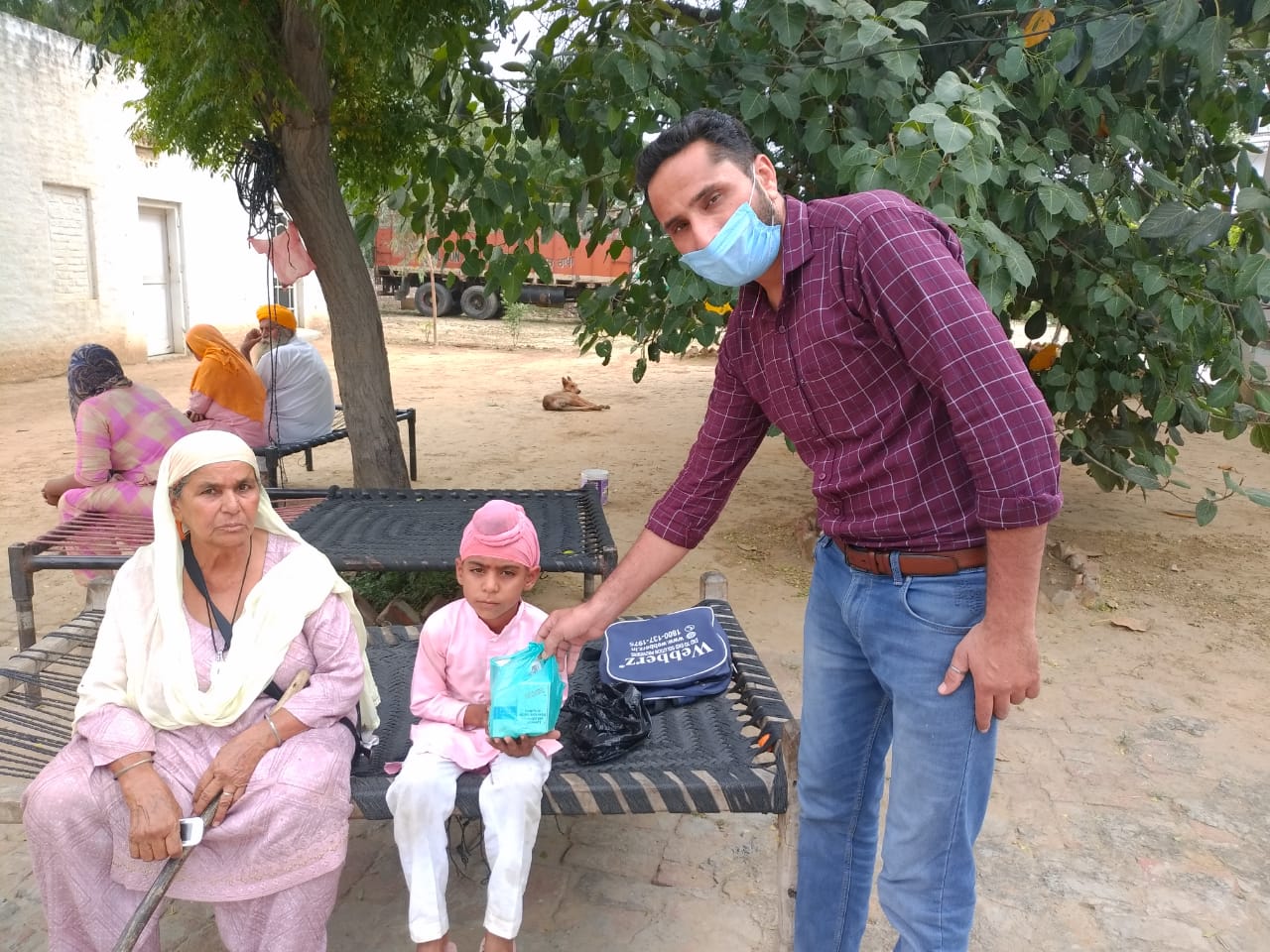 Globally, 1.8 million children below the age of 15 were living with HIV by the end of 2019. India estimated about 120,000 children and adolescents aged 0-19 to be living with HIV in 2017, the highest number in South Asia, according to a report by UNICEF. Since 2013, Alliance India’s Vihaan Care and Support programme supported by the Global Fund with pan India presence has provided health-related services to 324,600 children aged below 15 of which 78,518 are living with HIV and continue to be in active care and treatment.

One among them is eight-year-old Jashanpreet from Punjab’s Tarn Taran district. He is so charming, optimistic and delightful that one can never guess the tragedies he has already endured in his lifetime of only eight years. He lost his mother at the age of two. His father abandoned him when he was about three and a half. All his life, he has been a homeless child.

Since his mother’s death, his elderly grandparents have been raising him under the roof of Gurudwara (a Sikh temple) and surviving on the generosity of the Gurudwara visitors. His father re-married and moved away to a different state never looking back or caring for the trio. His grandparents are most loving, however, they often feel powerless in not being able to give Jashanpreet a better childhood. It might be that they are unable to give him all the things that a child needs or desires for but they take utmost care of his health. Since he was diagnosed with HIV at the age of two, Jashanpreet has been on antiretroviral treatment. He has been mostly responding well to the treatment with small bumps here and there. His grandparents ensure he takes his pills every day and that he goes for regular health examination at the ART Centre. Over the years, they have gained more knowledge about HIV and as a result, become better care providers to Jashanpreet.

The majority of children living with HIV are infected through mother-to-child transmission during pregnancy, childbirth or breastfeeding. Jashanpreet too was infected with HIV at birth. Without ART, a third of infants who acquire HIV as a result of mother-to-child transmission will not reach their first birthday, and half will not reach their second birthday, according to the UNAIDS report, 2014. Thanks to the robust national HIV programme in India and its close coordination with civil society, Jashanpreet has been able to access free antiretroviral treatment to suppress the virus and he has already crossed eight birthdays, it is a different matter that the boy neither got fancy cakes nor blew birthday candles. But no complains he is grateful to be alive and be loved by his grandparents.

One more important gift that Jashanpreet received from his grandparents is access to education. They enrolled him in the nearby private school where he has recently been promoted to class three. Like all students in India and many parts of the world, amid the pandemic, Jashanpreet has not been able to go to school for most of 2020. He missed his friends and teachers while being out of school. This was not the only impact the coronavirus outbreak had on the family, they still had to pay for the school fees, which due to lockdown and restricted visitors in the Gurudwara, his grandparents couldn’t afford to pay. The school fees piled up for months and it became impossible for the grandparents to pay. The family was also struggling with food supplies. Our Care and Support Centre staff who had been in touch with the family since the lockdown when they home-delivered ART medicine to Jashanpreet, stepped up to help. The family was provided with ration supplies that would last for months. “We are grateful for the simple dal roti (lentil and bread) we get in the Gurudwara but how long can one eat the same thing every day, thank you, we can now skip that once in a while and buy vegetables”, said the grandmother with a wide smile on her face.

To link the family with the state welfare schemes, our field staff Rajkanwal, processed application form for the old-age pension and HIV orphan support on their behalf. Once their application process is completed, they will receive financial support of about 1500 rupees a month which is a huge relief to the family. For now, the Project Co-ordinator of Vihaan Care and Support Centre in the district under our CBO partner Hindustan Latex Family Planning Promotion Trust personally came forward to pay Jashanpreet’s one-year school fees. His grandparents were so grateful for the gesture. They blessed the entire team and thanked them for scooping them up when they were drowning in an abyss of helplessness.

“Jashanpreet is of the same age as my son and I grew quite fond of him as did he. One day, he asked me if I could buy him a bicycle. I am mobilising support from friends so that I can buy him a bicycle”, says Rajkanwal who regularly checks on Jashanpreet and his grandparents. Sometimes when the grandmother doesn’t have money to pay for transport, Rajkanwal personally helps with some cash. His grandmother recently informed that Jashanpreet is being tutored by a young college student who has volunteered to help for no cost. His favourite subject is Punjabi book where he gets to read interesting stories.

National Children’s Day is a great reminder to all of us to recommit and resolve to create a healthier, safer, and educative environment for children in general. As an organisation responding to HIV, we prioritise children living or affected with HIV. Our programmes, in addition to HIV care services, aim to address the gaps in other cross-cutting issues to a certain extent, however, we realise that there is need to adopt a holistic and integrated approach in designing programmes so the onus of providing additional support besides programme objectives doesn’t lie on the individuals at the frontline but we are able to increase investment to help children like Jashanpreet to not only access treatment but have resources to provide adequate nutrition, access to education, safety from abuse and exploitation and a platform to discover and develop their talents. Our goal should be to not only add years to their lives but also to add life to their years.