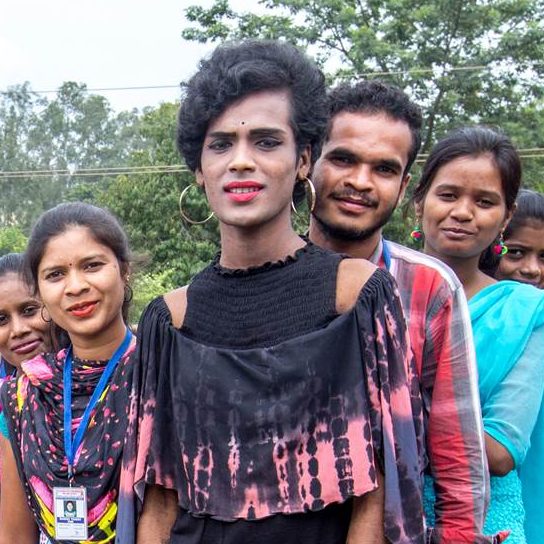 Binary gender identity has been the basis for social construct in society since the time immemorial defining gender roles and expectations from both sexes in society such as men are primarily expected to earn and provide for the family and women are expected to bear children and run the household. However, one’s gender assigned at birth does not essentially restrict their role in society and several examples from modern history can be picked when the gender role reversals have not only been acknowledged but appreciated. One such particular example is women taking a leadership role in politics. Traits such as compassion, aggression, empathy, kindness, vengeance can be found in any person, irrespective of their sex or gender identity or even their sexual orientation. These characters cannot be confined within the scope of masculinity or femininity. Besides gender identity, the sexual orientation of a person can also differ and there hasn’t been a time better than now in the history of the modern society when diverse gender expression and orientations have been acknowledged.

Liberalization of the last few decades has led our society to the sexual revolution in more ways than we can understand without doing an in-depth study. Liberalization has given us great outcomes such as tolerance to diversity, inclusive society, freedom of expression and many such others at the same time, like any other phenomenon but this revolution has given some unintended outcomes which cannot be categorized very positively. Possibly, one of the most tricky and problematic phenomenon in this aspect for me, as an individual is that on one hand, we are more modern than ever that we are ready to land on Mars whereas, on the other, we cannot let go of the traditional practices no matter how irrelevant they may be today.

Women’s autonomy, rights, and agency are not alien to this. In the society where I live, I have seen that women are often expected to act in a certain way conforming to the norms of the society set thousands of years ago. This has been normalized to the extent that we even teach girls and women to sit in certain ways, eat less, talk less, smile but not laugh loudly, act reserved, be covert, not speak out their minds, have patience, not step out of homes etc., the list is quite endless. Whereas we control women and girls from the very early stages of their life, we also do certain things which are beyond my comprehension at least—for example objectifying women and setting standards of their body and beauty. If we look at the world of advertising, a new type of woman has been created for the consumption of the desires of society.

To a great extent, our society is conditioned to view women as sexual objects which has led to women being objectified at every sphere of their life, be it workplace or home or on the road.

Just because a woman is working late, staying alone, is friendly with the opposite sex, sexually active, drinks or smokes, she should not be a target to be judged, mistreated or raped. She is not just someone’s wife, partner, girlfriend, daughter or sister. She is human and every human being, I believe is born with the basic right of freedom and dignity.

Sexual objectification and sexism should become a remnant of the past. And with the standards of modern societal development, this should not be only about one gender but about every human being whether their kind is in majority or minority, whether they identify as heterosexual or homosexual, whether they follow the gender which was assigned to them at their birth or they have broken themselves free from the expected societal norms and roles attached to their gender.

The author of this blog is Anurag Paul who is working as Communications Associate at Alliance India.